Via Howker Ridge and Osgood trails up, Watson Path, Brookside, and Kelton trail down. (Includes a 3/4 mile ending on Howker Ridge trail.) Approximately 9 miles round-trip. (Not listed: approx. 1 mile out and back to the Madison Hut.)

Temperatures ran around 68 degrees all day. RH ranged from about 50% to 60%. Winds were negligible in the trees, a pleasant breeze above treeline and at the summit. Dew point was around 50-60 all day. Sun and clouds throughout.

Happily Hopping Across the High Howks!

I’d been put off of doing this one for awhile, mainly because I’d get to the point in the description where it talked about the steep and rough part. Then I’d think of the above-treeline areas on the northern presidentials, and that was that. I’m not sure what finally pushed me over the edge, except perhaps the fine time I had on Madison last autumn. Once again, I’m kicking myself.

I want to express that carefully. Let’s not forget that this is Madison, after all. It remains a tough cookie, even if it’s got some ways up that have pleasant sections. If all you were to do is hike the lower half, or so, you’d get a completely different experience than what you’d see higher up. So bear that in mind. But what about that understatement?

I got to the trailhead somewhat late in the morning… OK, let “morning” be defined as “basically lunchtime.” What can I say, except it was hard getting out of bed. What else I can say is that parking at Pinkham B is crazy easy, especially when you compare it to the mob scene that invariably is Appalachia, just a couple minutes to the west. It’s a small spot — only those lots at things like Cabot or Reel Brook trail are smaller. But then again, there’s no direct access to the trade routes like Valley Way.

Pushing through a bit of over grown trail, I quickly crossed the rail trail and made my way up in earnest. Much of the opening hike paralleled Bumpus Brook, and there were many waterfalls along the way. I spent some time in the area of Devil’s Kitchen, because those ledges were pretty awe inspiring.

Moving upward, the trail kept to mostly duff, with some rocks and roots. It wasn’t very smooth, but then again, it wasn’t even nearly as rough as something that would indicate what’s to come. Overall, I was able to make good headway, traveling at about a mile every half hour or so. It was nice having the brook keeping me company with its gurgling and splashing nearby.

But Eventually the Good Times have to Pass.

A couple hours into the hike, let’s say three, things got exciting. First, I was able to spy the summit through the trees. Not nearly enough to get a good picture, of course, but certainly a teaser. Not like I needed motivation, but it’s nice seeing where you’re going, even if it’s still way distant. But also, the path started to get more rugged. It wasn’t much, but enough to slow me down a little as I clambered over rocks. I knew that it was only going to get slower, and I was beginning to feel the hot sun bashing me.

And then, the Howks. The book describes them as ups and downs, and for the most part, they didn’t seem pointless. The sags in-between felt shallow and quick, and while the first two had no real views, the third and fourth opened up with epic, 360 degree vistas of everything short of Mt Mansfield in Vermont. (On a less hazy day, I’d probably have seen it.) I was able to see Moriah easily, and I reflected on the PUDs on that mountain, remembering they didn’t feel nearly as nice.

I pressed on, and before I knew it, the familiar white blazes of the AT signaled I was on the Osgood Trail. Of course, ’tis the season, and I met a few thru-hikers. A couple slack-packing on their flip-flop, the rest doing a full-on NOBO starting at Springer, still carrying all their stuff. We shared a few thoughts, and they went on their way. Yep, still jealous.

The View From the Top Still Amazes.

I remember the first time I was up there, and for some reason, the view didn’t stick out. Maybe it was hazy, maybe it was the fact that there were a million people distracting me. But this and the last time, I’ve had time to savor the view. Here as on Adams… just wow. It’s not really Washington, per se. I mean, realistically, if you’re up there in the afternoon, the whole of its mass is back-lit, so you’re not seeing much detail. On the other hand, the Great Gulf seems to do well. I don’t know why, but it always mesmerizes.

Almost on a lark, I dashed down to the hut. It added pretty much an entire extra mile, but when I took out my hydration bladder, I realized that I basically saved myself. Without knowing it, I was almost out of water. Yikes! Something had to have told me to head to the hut. While I was there, I chatted with the Croo for a short bit. Mostly, I wanted to know about the emergency shelters. Someone had told me *everything* was shut to overnight hikers. But on the contrary, the news was much more nuanced.

UPDATE ON STAYING AT THE HUTS:

The huts are closed to regular overnight guests. That also includes “amenities” like the hiker’s dungeon at Lakes of the Clouds. But even COVID won’t hold “bog-standard” emergencies in abeyance as a courtesy. The Whites will still be the Whites. And so, the hiker who is truly in dire straits will not be allowed to perish. The key to this, as was explained by the Croo, is what’s going on with the weather, and if there’s a true life threat. Show up with a severe illness or injury that will seriously impede your own progress off the mountain, and they’ll gladly help. Ditto if you’re up there, otherwise fine and dandy, except the weather just suddenly changed unexpectedly.

On the other hand, if you’re banging on the door because you didn’t bring a flashlight and it’s late in the day, you’re not getting a warm welcome. Presuming they haven’t sold out, there’s a small selection of headlamps and batteries, as usual, but they’ll send you on your way afterward. Other “terrible” crises will be managed with a similar sensibility — you’ll be expected to put your grown-up pants on and participate in fixing your own problem. So, perhaps the best way to think of it is that the huts are, at this point, a place to refill your water at the tap outside. Maybe get a light snack, if the Croo isn’t out doing other stuff. Use the loo, with usual COVID stuff in mind. And it’s there as a resource of last resort if you’re really stuck in a pinch. Please remember to pack a face mask. They’ve had them at all the huts I’ve visited, but let’s remember they have to carry everything in. Including masks.

And Then it Was Time to Head Back.

So on the way back, I had the choice to take Pine Link around to the Watson Path. But that would mean skipping the top bit. Which wouldn’t help my redline. There was nothing for it but to climb back to the summit. And then over to the other side. Watson Path is a bit hard to find initially, but once I got it separate from Osgood, I was fine. The Croo thought it was a bit under-utilized and maybe a bit overgrown, but I didn’t have that problem. If anything, a few of the early cairns are a bit hard to spot against all the rest of the rock. But that’s true practically everywhere in the presidentials.

Of course, the sun did set before I was off trail. Finishing by headlamp is often a cool experience. Tonight, it was a tad frustrating, because I could hear that water cascading on down, but couldn’t see any of it, really. Brookside is aptly named, and while I saw most of it, there were the early waterfalls that I wanted to see again. It’s a good thing water flows downhill, because all of them are around a mile from the trailhead. So that’s saved for another day. I think they’re worth a special trip.

So the moral of the story is to read the book, but don’t shy away from the descriptions. I waited on this trail too long. Yeah, it was hard, yeah it was tough. But the views were superlative, and really, most of the trail wasn’t at all that bad.

Nuts and Bolts: Pinkham B is just after Appalachia if you’re coming from Franconia. Bear in mind, it’s a standard street sign, so you’re looking for something small, not one of those mammoth Forest Service signs like you might see at, say, Zealand or the like.

Trailhead is on the right (west) side of the parking area. Blazes are blue, yellow, and white, so keep your eyes peeled. Cairns are actually pretty plentiful above treeline. 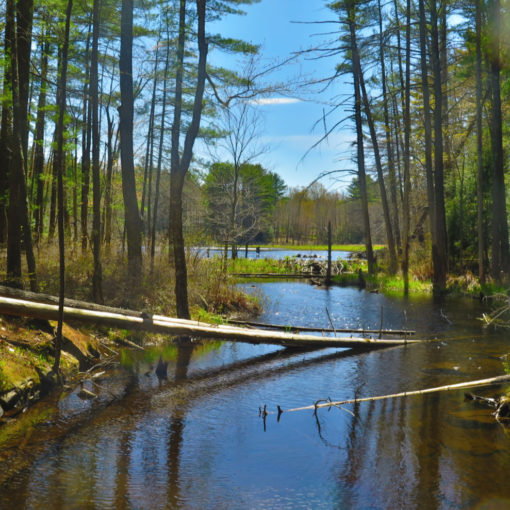 A very pleasant hike on a very friendly trail. A balm from the chaos, with narrow, but still good views. 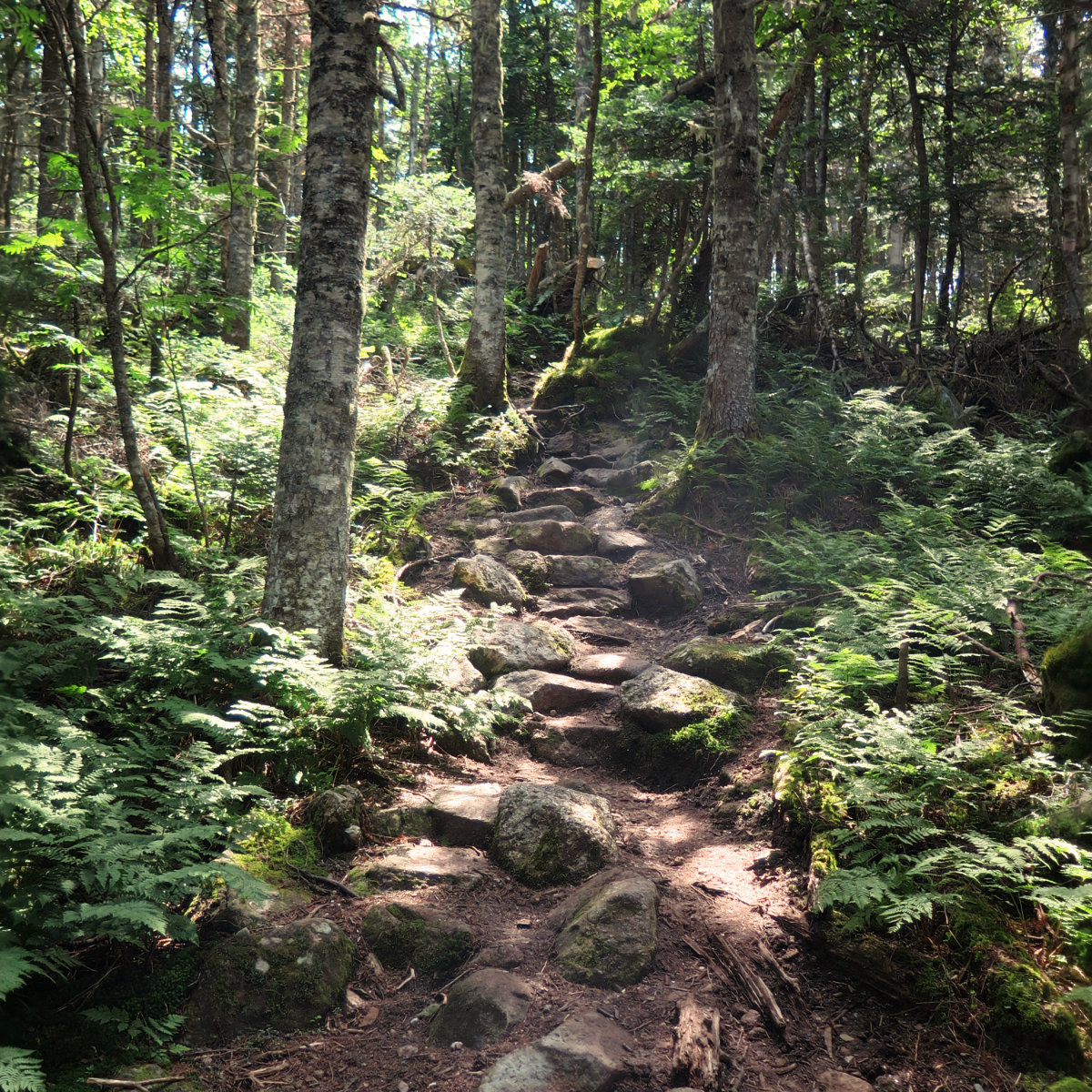 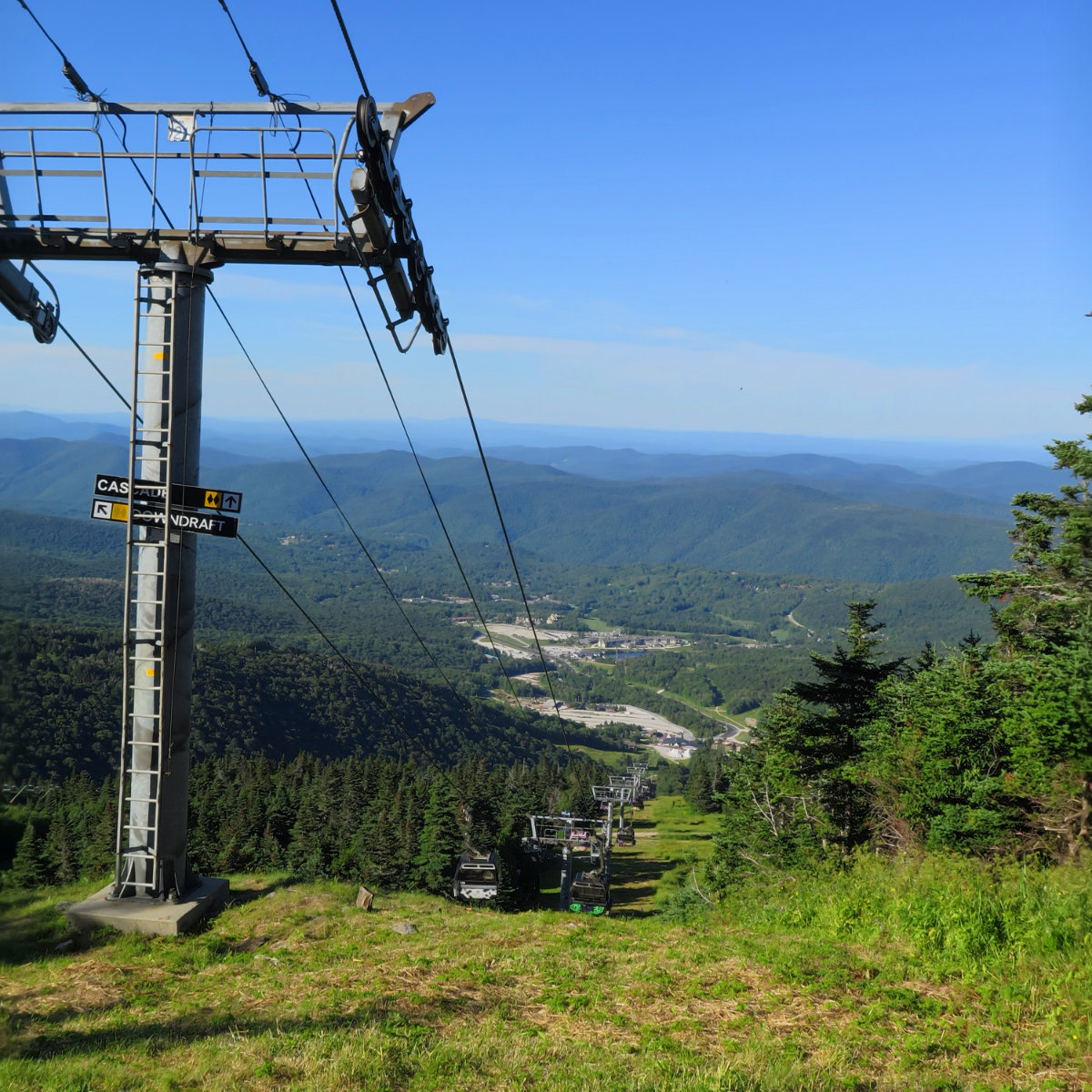 6 thoughts on “Trip Report: Hiking the Howks on Madison”