Via Monadnock-Sunapee Greenway, and the Blue Trail. About half a mile for the basic loop, however options abound for going well beyond that.

50 dF throughout the afternoon. Winds were negligible in the trees, a light breeze on the fire tower. Mostly overcast.

Time: Variable. Budget a minimum of about an hour. A good day hike could include Hubbard and Jackson Hills, clocking in at around eight miles. See the AMC Southern NH Trail Guide, or the Monadnock-Sunapee Greenway Trail Guide for more details.

I was looking at my Fire Tower Quest list, and realizing that I hadn’t really done anything on it in exactly a year. And so it was resolved to fix that, post haste. Since hiking Lovewell Mountain, the Greenway had gone from being in the back of my mind to being full-on the radar screen. And as I’m increasingly finding out, the southwest part of the state has a lot going for it. Including solitude. So it made sense to knock something off the Fire Tower list. I had a few hours today that I wanted to kill, anyway.

So right off the top, hiking to the fire tower is short, and mindlessly easy. Getting to the tower on Pack Monadnock, even if you take the auto road, is almost harder, and certainly longer. To avoid driving much more than you hike (excepting those souls who actually live in Stoddard) do some snooping around, and plan on hiking some amount of the Greenway, just to give yourself some amount of mileage beyond “one.” Doing the loop was about 5/8 of a mile, and the Greenway itself follows the jeep road to the radio building near the summit. This is not a challenging hike by any stretch of the imagination.

But that being said, don’t discount this mountain. It’s not got elevation, but it has a mainly bald summit that has wonderful views on its own. Add to that the fire tower, whose steps you can climb to a point about 20 or so feet up, where there’s a small landing, and an exceptional view. Today wasn’t a “curve of the earth” day, but even still, I saw plenty. In Vermont, I could easily see Stratton, Killington, and Ascutney. In the Whites, Lafayette, and a sliver of Moosilauke. Nearer to me, Cardigan and Kearsarge. Monadnock and Pack the other direction, possibly Watatic beyond. And the Uncanoonucs over in the Manchester area. Seriously, for a mountain of any size, this one has the views. For one of its size, it’s clearly punching well above its weight.

And speaking of solitude, while there were about 8-10 cars in the parking area (including one from New York!) I passed only about 10 people and four pups in total. Given all the attention that I hear is being lavished on the better known mountains, if you want to get away without much of a long drive, this one might fit the bill.

After spending a long time just looking around at all the mountains I could see, I finally climbed back down and got back to hiking. I went north off the top and followed the Greenway for a spell, before turning around and heading back to the trail junction. Following the blue trail, I was back at my car about 15 minutes later. Like I said, it wasn’t a hard hike.

This was one of those that felt a lot like Red Hill. It’s not a very committing hike. But at the top, there’s a nice grassy area that would be perfect for a picnic. And wow, it’s got the views. It’s yet another one of those unsuspecting short peaks that drops an huge surprise in your lap, and after that, you know you want more. I’m officially planning on hiking the Greenway. It might be this summer, or maybe next, or the one after. But Pitcher Mountain, you made your case. I’ll be back.

Nuts and Bolts: Find the trailhead very easily. In Stoddard, follow Route 123 north, out of town. About a mile later, the trailhead will be on your left. There’s a good sized brown sign with “Pitcher Mountain – Fire Tower” painted in yellow — you know the kind.

Trailhead will be on the east side of the parking area. There’s a logging road on the left, so walk toward the sign board, and all will be good. Blazes for the Greenway are 2×6 inch white rectangles (identical to AT blazes) and the Blue Trail is blazed with… blue paint! Note that if you carry on to the north off the summit on the M-S Greenway, at one point, it crosses that logging road, and signs at those junctions will point you to Route 123 if you aren’t sure. 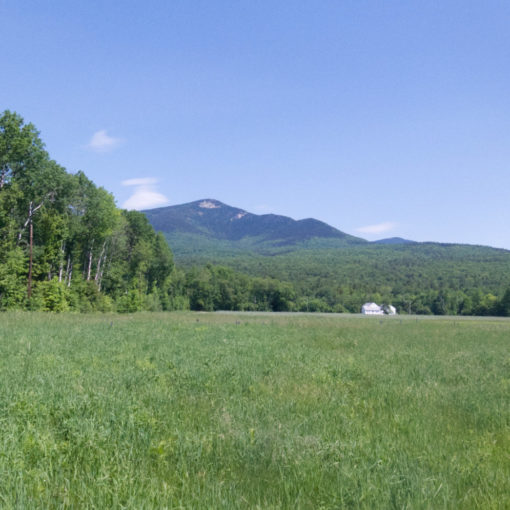 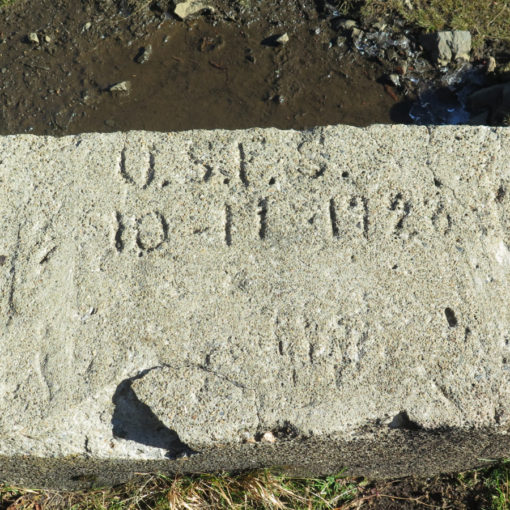 It’s the best worst kept secret in the Whites. Hiking Mt Hale from the west features easy grades, and a fine outing for those willing to look a little harder for the way forward. 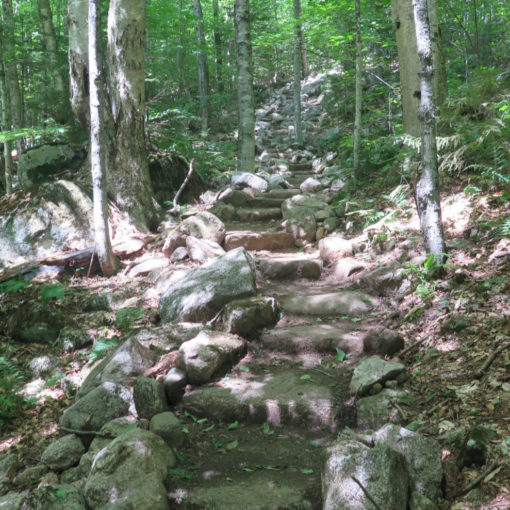 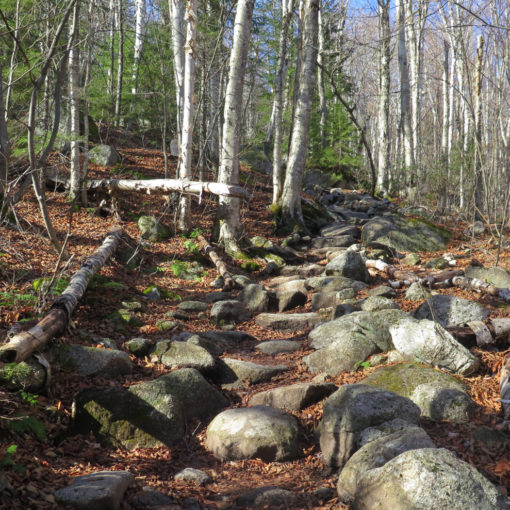 One thought on “Trip Report: Spring Awakening on Pitcher Mountain”