Hiked in and around Grassy Pond, Elbow Pond, Kidney Pond, and Daicey Pond.

Weather averaged in the 70s daytime, 50s and 60s overnight, with one day in the low 90s. Sun, rain, thunderstorms, variations on cloudy v. sunny skies, with winds ranging from negligible to modest. In short, paradise on earth.

Obviously, this wasn’t a day trip, so the format of this trip report will be a bit different. Here, I’ll be writing about the overall, with additional posts for detailed hiking trips, and a separate post with the massive photo dump. Of more than 700 shots taken, I edited that haul down to 66 images, some of which will be here; but to include them all will make this a huge post, on par with The Great American Novel, which I aim to avoid.

What, exactly, do you really need?

I don’t think it’s a stretch to say a vacation is a good thing. Ideally, you go somewhere new, unplug, see new things, and restore yourself. I’d read about a study done in Japan recently, where a certain amount of time spent in the woods weekly resulted in less stress and better overall health. So if a little is good, a lot must be great, right? Right! Pack the car, and drive for a wicked long time, until you hit a big, honkin’ mountain in the middle of nowhere, Maine. The Pine Tree State does a lot of things well, but it does “get away from the mundane” exceptionally well.

We spent night one in a lean-to at Katahdin Stream Campground. This is the storied jumping-off point for SOBO AT hikers, and it’s the last night spent on the trail for NOBO hikers. Indeed, mere feet and inches away from our shelter was the AT itself. It was a rainy night, but our roof was sound, and our accommodations were relatively spacious and certainly comfortable. Yes, there were mosquitos, but a bug net held them at bay, and with the background noise of the stream the various nocturnal bugs sang us to sleep.

With the morning’s light, we awoke, had breakfast, and I enjoyed the smell of my coffee intermingled with the scents of the forest. Morning joe never was so good.

We packed up and drove over to Daicey Pond campground, which would be our home for the remainder of the trip. We stayed in Cabin 9, Whispering Pines, which was a suitable name given what I’d spend a lot of time listening to in the coming days. As you unpack the stresses of daily life, it’s good to listen to the trees. Their wisdom is as infinite as the stars above.

Katahdin was our backdrop, and honestly, I could have gone nuts with my camera, documenting how the mountain changed with the weather. We saw sun, rain, storms, and everything in between. (Yes, there was even snow left in the higher elevations.) With every change in the light or the weather, so too did our backdrop. It’s not for nothing that the Abenaki revered that majestic massif as “the great one.”

There were critters everywhere, and I’m not sure if habituated is the right word, but they certainly appeared very comfortable with human presence. The resident cottontail didn’t move much as I passed within a yard or so, the chipmunks made daily checks of the porch to see if there was a morsel to be found, and red squirrels danced up and down trees within arm’s reach. In some respect, it felt a bit like I was on the set of some fantasy movie. But it was also clear that to the critters, the people would come and go, but this park was their house.

Our camp was in a fine spot: we were by the flat bits of the AT in the park and not far from trailheads leading up several mountains. Where in the daily grind, you’re flummoxed by complicated questions coming from left and right, ours was a more sublime quandary: what shall we do today? The easy first answer was Katahdin, and I also wanted to bang out an ascent of South Brother, which I’d failed to bag last year for my 100 Highest list. (As it turned out, I’d neglected to remember the bushwhack over to The Fort was also on the list. One should always have a reason to return.)

I won’t say the time was completely without friction. There was a camp very near ours which seemed to attract more boisterous groups. But then a woodpecker would show up, or a chipmunk, or maybe the bullfrogs would start making their noise, and my attitude would be readjusted. Our last days in the park featured a family, and OK, their kids were kids on one level, but overall, they were much quieter, and their outbursts tended to the things that we all remember from our own childhood — awe at catching a frog, or splashing in the pond, or that kind of thing. Thinking back, I’m reminded of how Ray Bradbury could deftly write about running barefoot in the grass on long summer afternoons, with the sun shining in pure honeyed hues across a magical landscape. These were those moments. Heck, even I thrilled when I spotted a red salamander in the pond.

In a similar vein of friction, it came to pass that there was a big thunderstorm on the 2nd of July. I knew going in that fireworks in Baxter State Park likely wasn’t going to happen, but then, Thor showed up. I’d like to think my credit with the gods is good, but thinking back to my time heading over to Galehead Hut, I’m left wondering…

So short form is that I was in the cabin, sorting things in my pack, during a zinger of a rainstorm. We’d capitulated to the weather for the day, because t-storms were forecast, and Baxter is unforgiving when it comes to that. (Pro Tip: examples abound of people who came to unfortunate ends because they ignored the dangers of a storm in the mountains. Do not anger the mountain king, for thou art crunchy and taste good with ketchup.) Four things happened, practically all at once. I saw a super bright flash. There were two very loud, building rattling shots. And my left ear (the one pointed toward the nearest window) was ringing in an utterly maddening way. (It would continue to feel weird for the rest of the afternoon.) We assessed each other for trauma, and then hunkered down until the storm passed before venturing out to assess.

Once outside, it became clear very quickly that a tree, easily within 20 feet or so of the cabin, had gotten nailed by lightning. There was debris everywhere, and a large piece of bark had been blown about 50 feet into the pond. The earth had a fissure extending from the tree about 25 feet out toward the pond. And the bolt itself had left a groove, about the width of my little finger and half as deep, in the tree trunk itself. Wow! So be careful with thunderstorms. It’s unlikely that you’ll be hit, but yikes, that was close.

(The rangers seemed to think the tree would easily survive the hit, and maybe 20-40 years from now, die from something completely unrelated. So, thank-you tree, for taking one for the team. Much appreciated.)

Each morning, we’d cook brekkies, and then go to the day’s activities. Each night, we’d cook dinner and reflect. Bug juice was a constant. I used picaridin instead of DEET, but nevertheless, ran through a bottle of it. We got visits from many different species of moths, and some of them were striking in appearance. The mosquitoes were a total drag, but the insects as a whole shouldn’t be judged by them. There are many more insects that might be mildly annoying when they fly into your face, but if you look, they have an interesting appearance. We were jazzed on a nightly basis by what showed up. As they say, minds are like parachutes: they work best when opened. 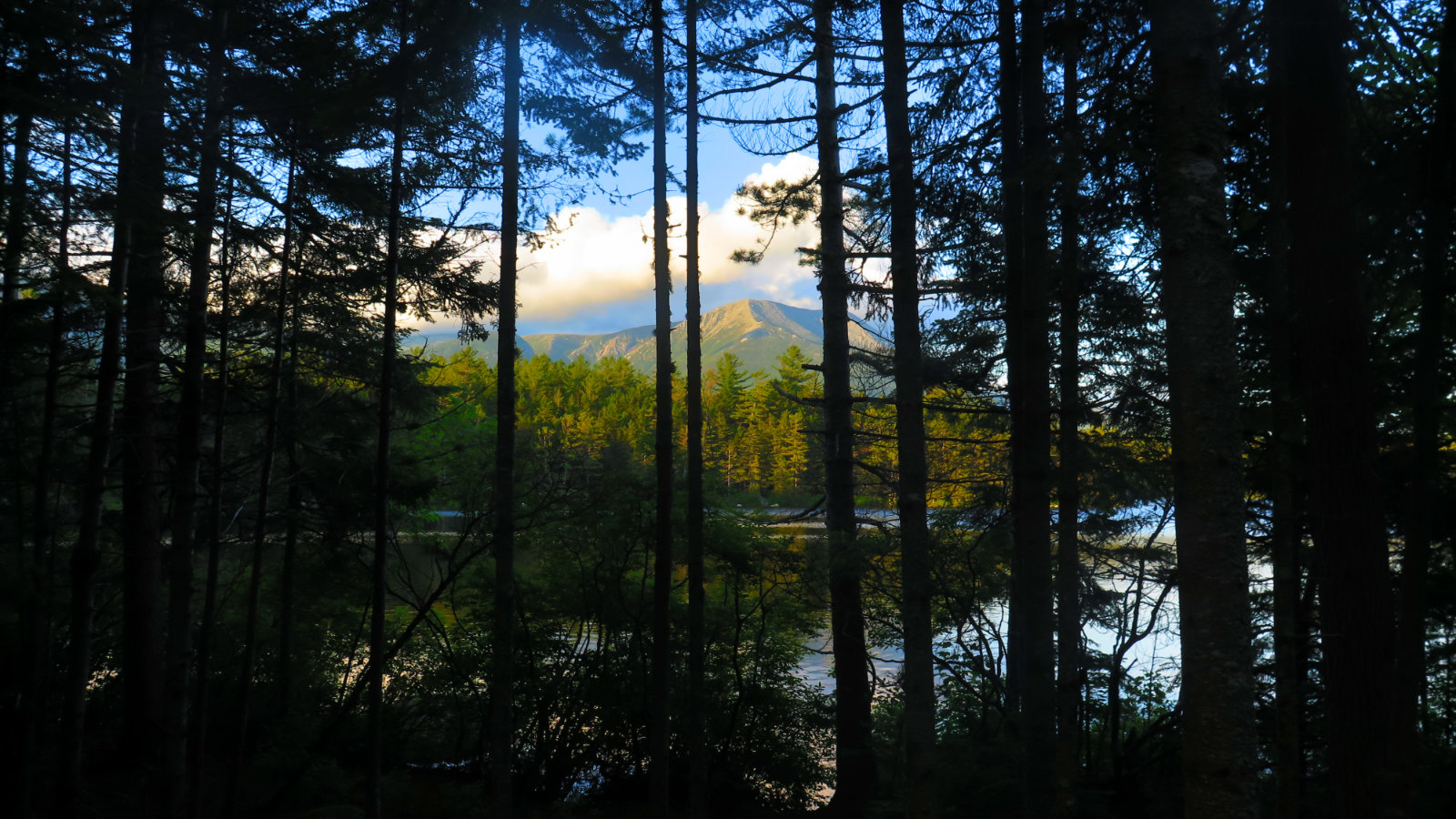 Speaking of awe inspiring, let me tell you about the stars above. In a word, wow. I’m usually good at spotting constellations, but I had a hard time, because mentally, I had to toss out so many stars that weren’t in my usual night sky. I did manage to detect Cygnus, Cassiopea, and the dippers, and I could spot about half of Draco, but so many of the others were “obscured” by the sheer bounty of the heavens above. I mean, I never knew the Milky Way could glow so bright. Wow!

Each night we went to bed, amidst the nattering of the insects, the gruntings of the bullfrogs, and whatever else that sang us to sleep. Several times, well after midnight, the loons would make their haunting calls across the water, waking me up. And just as quickly, I’d fall back asleep. The sun would rise and gently rouse me from my slumber. Every day, I felt more and more rested. Like, deep in my bones rested, no matter how hard I hiked that day.

Overall, it was a very magical week. Baxter State Park makes it clear to all who show up: there is no electricity. There is no running water. Do not bring in any soap or detergent, and pack out all your trash (yes, even the coffee grounds!) Don’t expect cell service, and forget the internet. Your weather forecast for the next day or two will be posted on the signboard each morning, which you’ll walk to after breakfast. You’re truly off the grid when in the park, so let go of the trappings of your daily grind. What, exactly, do you really need?

I’m still chuckling at running water, and the endless news feed on the internet. But I can vividly remember as a kid, when stores weren’t open on Sundays; and while I thought it was a drag back then, now I yearn for that simpler time. It’s unlikely that society as a whole will ever look back, but at least for awhile, I found what I was looking for. And it was everything I hoped it could be.

I can’t wait to get back to that place.

Nuts and Bolts: Baxter State Park is accessed by driving north on I-95 until you hit Medway. (Approx. 7 hours from Boston.) Once there, turn left and keep on the main drag until you hit Millinocket, and follow the signs from there. It’s about a half hour drive from town to the Togue Pond Gatehouse. Bring cash, as they don’t accept credit cards or cheques. From the gatehouse, budget at least 30 minutes to an hour to reach any trailhead. Speed limits are capped at 20 MPH, and it’s a fool who thinks the Tote Road is a speedway. Be sure to top off your tank before entering the park. There are no services of any kind. Bring plenty of food, and if not water, bring a means to treat water, such as a filter. No pets are allowed. For further rules and information, see the park’s website. 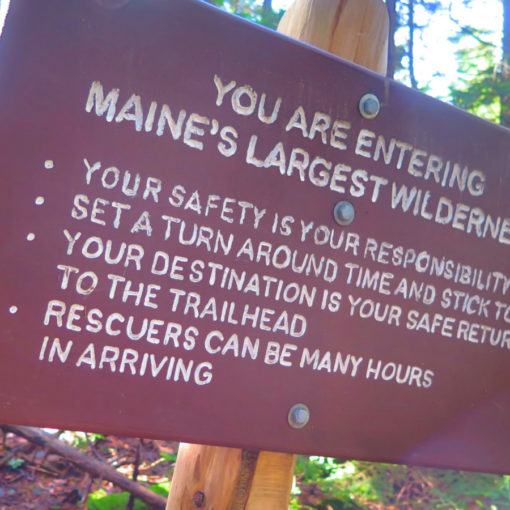 Staying safe when hiking isn’t just about the trail, it’s also about the approach, and the return home. 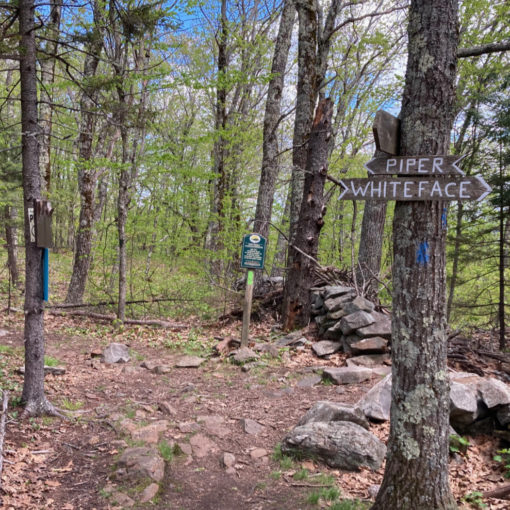 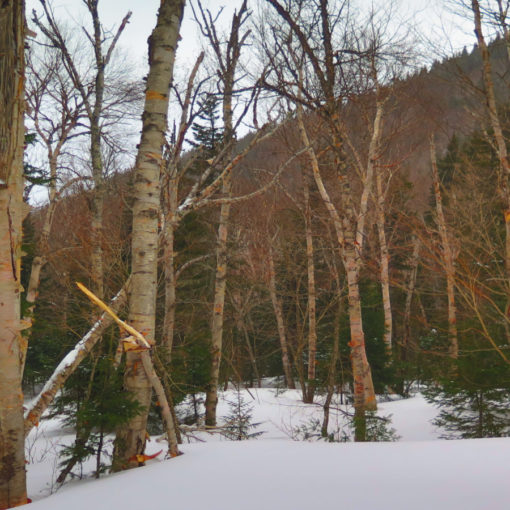