If it’s wet, sticky, and not yours, don’t touch it!

Hey everyone. I’ve been thinking quite a bit lately about whether to chime in on the Coronavirus subject. There certainly has been a lot written and said about the topic. But for the hiking community, there’s some ambiguity.

First, I want to point out that I’m not an epidemiologist, nor do I play one on TV. This is going to be a distillation of what I’ve learned from my side of things, from what I’ve learned from workplace training, speaking with healthcare professionals, and from emails I’ve gotten from various authorities. I urge everyone to keep abreast of changes. Monitor the CDC’s website (link below) and if in doubt, ask your local authorities or your physician for guidance.

Second, as I write this, Monday is still on its way. I could wake up to greet the morning and find out that all kinds of executive orders have been issued, rendering any kind of outdoor activity a no-go. So bear that in mind. All this could be rendered moot with the stroke of a pen. Stay informed.

If you sit me down in front of Star Trek II, I turn into an absolute mess when Spock dies. Even now, after having seen the film and that scene I don’t know how many times, I’m just a train wreck. But it highlights an important concept that we need to think about these days. If you’ve seen the film, you’re probably already thinking about what I’m going to say. For everyone who hasn’t, here are the salient lines:

In an ideal world, we wouldn’t be dealing with a disease outbreak that’s so completely torn our sense of normalcy asunder. We don’t live in that world. As painful as it is to contemplate, it’s appropriate to think about things bigger than ourselves. And so, I’ll ask the question “do you have to hike right now?”

As I write this, New Hampshire is dealing with Coronavirus about as well as anywhere else. The usual things are closed, like sit-down restaurants, and we’re dealing with shortages of toilet paper the same as the rest of the country. So far as I’ve seen, the trails are still open. But a lot of other things have been shut down. All the ski areas, for example, are closed prematurely for the season. At least one of the bus lines has curtailed its operations. My commute is a bit quicker, because there’s a lot less traffic on the roads — it’s probably the only good part about the whole shebang.

The AMC has shut down all lodging into April. I don’t know if this includes the primitive shelters (such as Guyot) but looking at their reservations page, all the high huts are closed, including the three that are commonly open in winter — Lonesome Lake, Zealand, and Carter Notch. That should underscore the severity of the situation.

The Green Mountain Club has closed the visitor center in Waterbury Center, VT, and all its rental camps are closed. Furthermore, all in-person events are cancelled.

Baxter State Park in Maine has shut down winter camping season early, all the Katahdin trails are closed, and while they’re taking summer camping reservations, it’s pretty clear that things can change without much notice.

Furthermore, the Appalachian Trail Conservancy is encouraging all AT through-hikers to postpone hikes that haven’t started yet. It’s worth noting that Maryland and New Jersey have both enacted trail-wide closures of all camping areas on the trail, and New Jersey has pointed out that even the privies are closed. And for those folks out west, similar closures are in effect on the PCT and CDT.

Right off the top, I get the unquestionable impression that a lot of people think this is serious business. Not the least, making decisions to close all of those facilities is a heck of a whack to the economy. The ripple effects are impacting the lives of a great many people. This isn’t a garden variety flu season that we collectively shrug off and move on with our lives. So if, despite reading all that, you still need your fix, I understand. The forest is a balm, and keeping at least some scrap of our routines is a touchstone to steady us in these uncertain times. But please don’t make this decision lightly. Keep your eyes wide open, and balance all the considerations that could have an impact on others. Yes, there are many who are taking a financial hit. There are also those who are holding onto life by a very tenuous thread.

I’m planning on going out on short hikes each week, as long as the trails remain open and New Hampshire isn’t bound by a stay-at-home order. When on the trail, hikers aren’t so much practicing social distancing, as they are practicing outright social isolation. Especially right now, few people are out on the trail, making the six foot distancing guideline into something more like 600 yards. Exercise is a great way to stay in shape, which is a bulwark against infection. And being outside in the woods restores the soul, making it more bearable to deal with the craziness we’re all experiencing. Japanese researchers have drawn correlations between forest bathing and good health, and there’s other research that indicates the woods themselves may emit substances that effect positive changes in our health.

But that doesn’t mean it’s business as usual…

I predominantly hike solo. I know there are some of you, my readers, who hike in small groups. Right now, my suggestion is to limit your interactions with others. Ideally, this would mean you hike only with those family members that you live with. If it extends beyond that, consider carefully who you hike with — who are you going to share an hours-long drive up to the mountains, and so on. If your friend Bob, whom you haven’t seen in awhile, wants to join you on a hike, I recommend scheduling that visit for some time after the dust settles, whenever that may be. In the meantime, video chat is a great option. Photos posted to your social media accounts are still photos, but they can be a vicarious thrill and help others get through the daily grind of our shared new reality. Think of them as our version of cat videos.

For the foreseeable future, I’m keeping things pretty tame in terms of where and what I choose to hike. I’m aching to get back to the northern Pressies and hike Madison, but if I get hurt up there again, someone’s likely going to have to come out to get me. That could expose myself or the rescuers to undue risk. I can’t say whether my last patient was silently carrying any one of a number of nasty bugs, nor can anyone else say that they’ve not bumped into a carrier. And rescuers that are coming to get me out of a bind are kept from helping someone else who might be very acutely sick.

Flat trails can be every bit as exciting, every bit as calming, every bit as restorative as standing on a high peak. If you keep your eyes peeled, there’s always something magical to look at. They come with a lot less risk, too. Looking at the various maps of the Whites and surrounding areas, there are a lot of places to explore. And really, if you’re one of the cool kids who are redlining, you’re going to have to hit these trails at some point, anyway. Give it some thought.

My choices right now are also being shaped by what I’ve noticed about usage patterns. Anyone with even passing knowledge knows Lincoln Woods is a huge people magnet in normal times, even in the winter. As many reasons as there are to stay in these days, I can’t imagine that trail is absolutely vacant right now, nor can I imagine that it’s going to be at any point in the future. So that’s a trail I’m going to limit exposure to until I know more. In a similar vein, if you know of places nearer to home that are less popular, I’d ask if you really need to get your outdoor fix in the Whites, when a local forest might be a fine option.

If you meet people on the trail, keep things as you would back home. Limit physical contact, try to keep separation, and so on. On a trail where you might have to pass by other hikers alongside fragile vegetation, on an exposed ledge, or there’s something else that adds complexity to the situation… I don’t have any good suggestions, but just be mindful of how you play those scenarios out. A fine strategy will typically start with you and the other group communicating. Even in a high wind, voices will carry well enough to be heard. A moment spent on a little back-and-forth to coordinate will smooth things out just about every time.

In the public facilities you might visit, be especially mindful of hygiene, as you should be doing anyway. Wash your hands, use hand sanitizer, cough into your elbow, and so on. Visit the CDC’s website for more on how to protect yourself.

On the bright side, China has already seen a couple days recently with no new internal cases of the virus. If that’s any model, there’s something to hope for.

But lest we forget… as I visited the CDC’s website today, there on the front page was a section on Ebola, right next to Coronavirus. Their “disease of the week” right now is strep throat. And failure to use seat belts while riding in a car is as deadly a problem as it’s always been. Don’t be blindsided and forget the stuff that’s a part of our typical day-to-day existence.

Folks, right now we live in interesting times. That being said, I don’t expect we’ll be seeing the end of days anytime soon. I’m hopeful that this will be in our rearview mirror before long. (Bear in mind, though, that my crystal ball is perpetually in the shop getting repaired, so don’t quote me on that.) In the meantime, keep smiling. If nothing else, it makes everyone wonder what you’re up to. 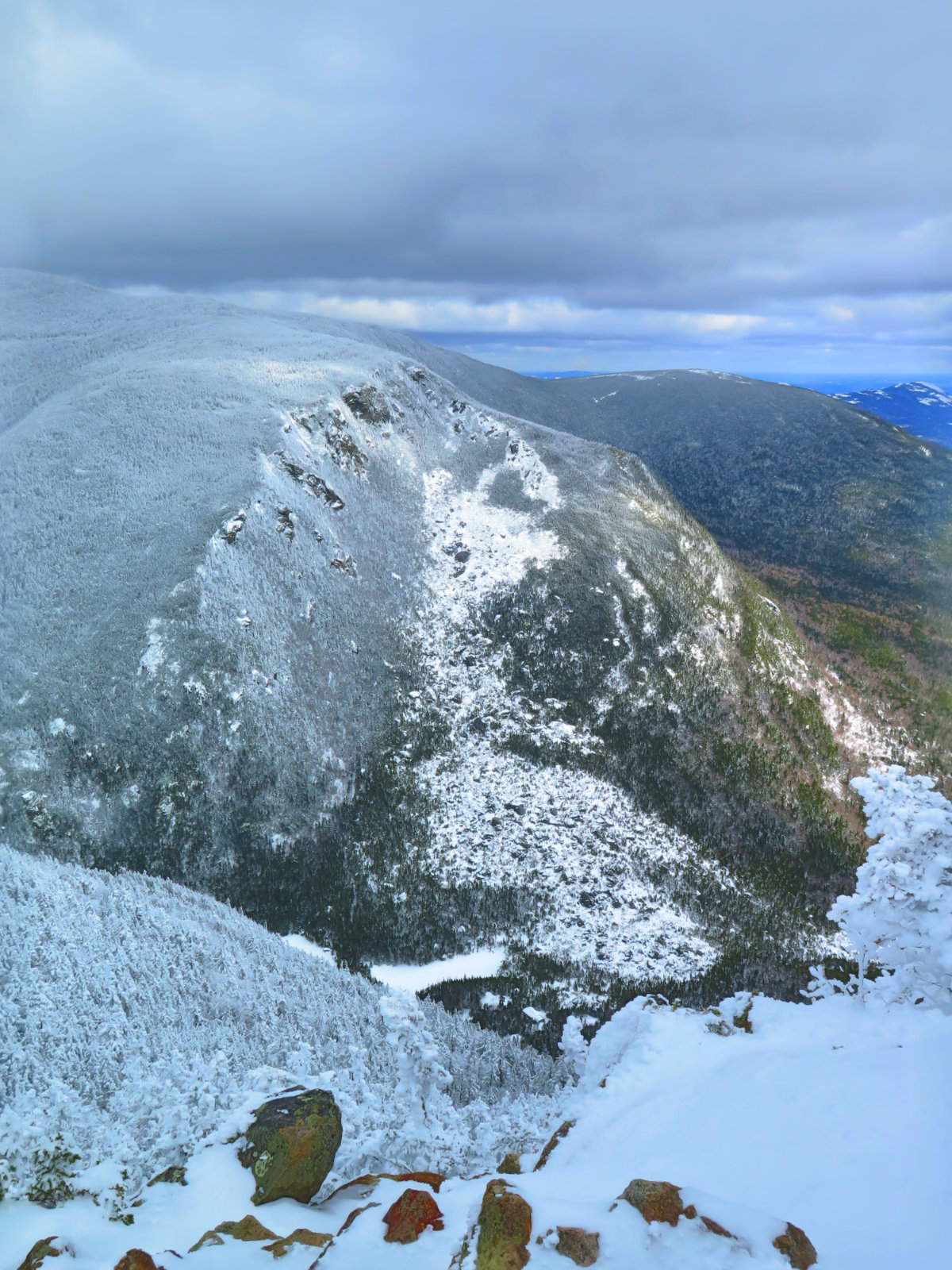 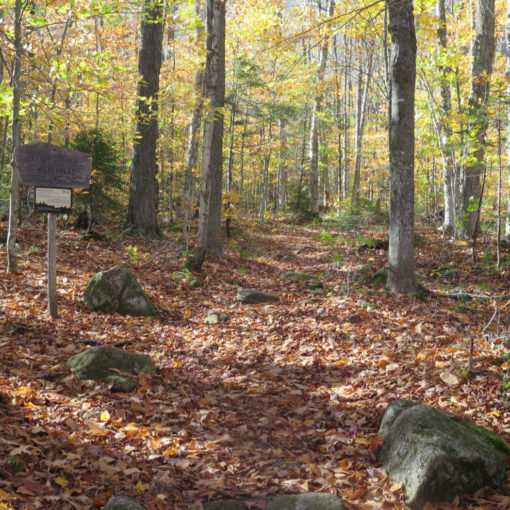 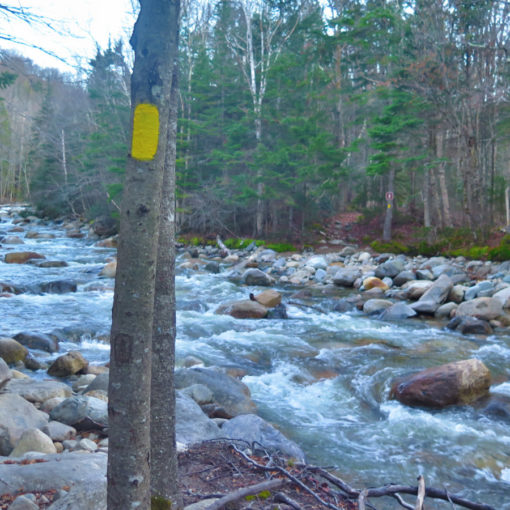 It doesn’t feel like it, but hiking in the Whites is an inherently risky activity. Here’s a framework for managing that risk.

One thought on “Hiking and Transmissible Disease”