Skip to content
Home » NH Officials: Go Outside, But Be Careful Out There

Hey everyone, thanks for checking in. I just want to pass on a news piece that I just came across. It echoes what I wrote the other day. Basically, if you decide to hit the trail, do so mindfully. This isn’t the time to attempt a single-day Presidential Traverse with minimal gear, or anything else that might get you on the front page. This is the time to take it easy. Go for a cherished walk in the woods, but choose a tame trail where you can reasonably expect nothing unfortunate will happen. Even if you do decide to summit the harder peaks, choose the trade routes that are well tramped down. Save the weird stuff for later. It’ll still be there.

Right now, resources are being strained at all levels. One of the big shortages is personal protective equipment for emergency responders. If you get hurt, a typical SAR response will entail around a dozen people or more coming into the woods to find you. That could be a dozen sets of PPE right off the top. Then there’s the resources at the hospital that will get eaten up. And the number of days you’ll be occupying a bed in the hospital. The increased risk of a hospital-borne infection. And so on. It’s not worth it. Your Instagram followers can wait.

Just as an example, a hiker had to be rescued off Mt Washington, near the Cog Railway the other day. That rescue certainly entailed several rescuers, and a potential exposure to even Cog Railway staffers. I have no doubt these hikers had every intention of having a stress-free day, but it underscores the simple fact that you don’t have to go looking for trouble. It has no problems finding you. This haunted me just three months ago.

Some of us are redlining. This is a fine time to bag those easier trails low down at the base of the mountain. Anyone who’s even glanced at a map of the northern pressies knows there’s scores of them just on Adams and Madison. I would keep to the easier stuff until the snow and ice is a non-issue at the very least. If a shorter hike leaves you wanting, be creative. Perhaps bring a stove and the fixin’s for coffee. Or a carefully crafted picnic lunch. Anything can make the day special.

But I also want to ask everyone to think a bit more than normal as you make your plans, even for less challenging stuff. Come up with a few options at other trailheads. No doubt, places like Appalachia or any of the notches, or the other popular jumping off points will show parking areas with “more than a few” cars present. Even trailheads at mountains like Garfield, Cabot, or Moriah, where parking spaces are limited, have the potential for close contact with people. Limit your exposure: give your Plan A a pass, and head off to somewhere else if it looks like your first choice is too popular. That could mean you keep right on driving when you see Appalachia, or it could mean skipping Ammonoosuc Ravine, and walking across the street to Jewell. Maybe you decide the Whites are fine, but Pawtuckaway is a shorter drive and just as nice. Or perhaps hiking in the Belknap Range. (And hey, if it spurs anyone to action, I got the trail maps from the Cohos Trail Association, and a lot of that looks to be wonderfully serene… if not a heck of a drive.)

We’ll get through this together. I’m sure it won’t be long before this is in our rear-view mirror. For now, accept that we’re living in interesting times. I’ve been watching folks on the AT ending their thru-hikes far too prematurely — lots of planning, training, rearranging jobs and financial obligations, and so on, have all gone out the window due to factors beyond anyone’s control. It’s testament to the fact that this impacts everyone, equally unfairly. But if we all do our part, things will get better sooner rather than later.

Thanks for doing your part. 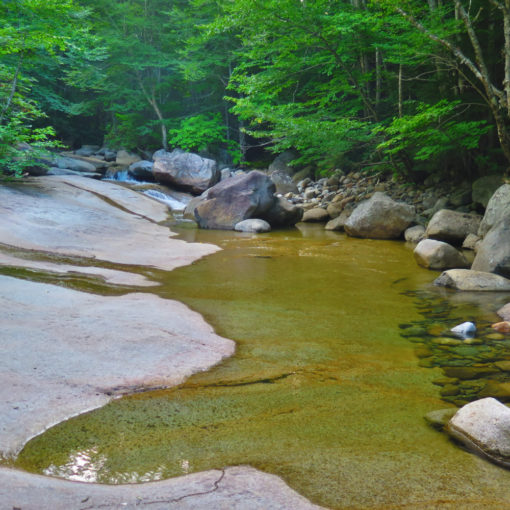 Owl’s Head is longer, steeper, and more strenuous than you’d imagine, but the long walk in is serene, with many gurgling brooks as your soundtrack. 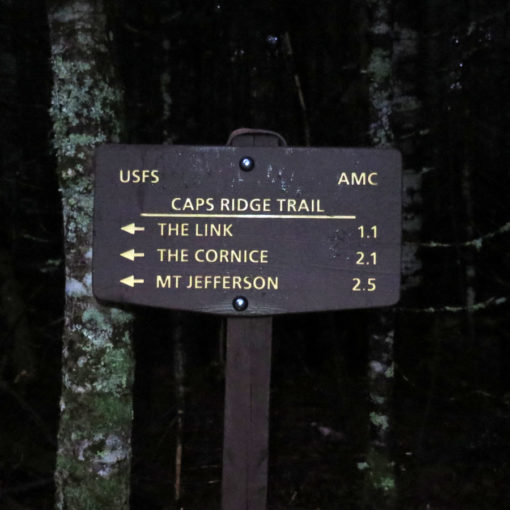 Adams is a great hike when done on its own. It’s steep and rocky, but patience wins the day, and perhaps even the best view in the Whites.

One thought on “NH Officials: Go Outside, But Be Careful Out There”