Skip to content
Home » Trip Report: It’s a long time to get to Middle Carter

Temps were just below the freezing point. Winds were negligible throughout — non-existent in the trees, and almost unnoticeable in exposed areas. About an equal mix of sun and clouds throughout. Snow was dry but packed; a bit greasy as it got deeper. Around 2-3 inches at the lower elevations, closer to 6-8 inches on the ridge. A very pleasant mid-autumn day.

Add to the list of things you don’t do.

Anyone who saw The Princess Bride knows you “never go in against a Sicilian when death is on the line!” Anyone who sat through high school history knows you never attack Moscow in the wintertime. Anyone who has hiked the Carters knows you never set out thinking “this should only be a minute.” Looking back at past trips, I can only invoke Shakespeare: these peaks do indeed demand their pound of flesh.

I went up there a couple days ago, hiking up the southern half of the Imp Trail. Having gotten to the trailhead very late (around noontime) I kept my expectations low, intending to maybe hit the ridge, but at least see what the first of the season snowfall did to the trails. It’s significant, but not what I’d call a mess — certainly early-season muck, though. Pack your summer gear away, and arrive with at least shoulder-season gear. It’s no longer the warmer of the seasons.

By classical winter standards, it’s not a lot of snow, but then again, it’s not winter yet. It is the dry, yet packed stuff that isn’t quite consolidated, though, and so comes across as greasy when your traction isn’t digging all the way down. Which is to say, once you hit about halfway up — below this point, it’s about an inch or three, which your traction will easily penetrate to firmer ground below. Above the halfway mark, it’s not terrible, but you lose a little upward movement with about half your steps. It gets significant once you’ve made a few thousand steps like that.

The wet areas are still very much wet, not at all frozen or even covered up by snow. Probably the worst is that a blanket of white covers up all the rocks and other stuff you’ll want to step over and around. In a word, it’s a pain in the butt. Microspikes aren’t really enough, full-on crampons are overkill, and snowshoes get stuck in between all the damn rocks. There won’t be a good solution to traction for a few weeks yet. This is hiking in New Hampshire. Welcome to town.

Setting that aside, the Carters rise up pretty stoutly. While they’re accessible from the road (as opposed to “distant” peaks like the Bonds) they have atypically long routes to their summits. And all three stand above 4,400 feet with around 3,000 feet of elevation gain at a minimum, and with sections that rise at least as fast as 1,000 feet per mile.

Each on its own wouldn’t be that rough. Lafayette has few taller peers, but it’s trails are relatively short. Cabot has a long walk in, but it’s not terribly steep. Heck, I feel like bagging South Twin from Galehead is a far sight easier than nailing down a Carter. I’m still thinking how I’d quantify a hard v. easy hike, but given that trio, I certainly think the Carters are some of the harder hiking in the Whites.

And so, I found out today, for the umpteenth time, that “a few hours” is clearly not even remotely enough to bag two Carters. Steep, tall, long. A very annoying trifecta. Add that snow to the mix, and the day got frustrating. Case in point, it took me more than four hours to get to the summit of Middle Carter, but only a two hour dash to get back down. That math really gut punched me. I did all five Wildcats in about the same amount of time just about two weeks ago. Just a few miles away. What’s up with that?!

With the encroaching darkness, I scuttled my plans to bag South Carter, even though it was not much more than a mile in front of me. It made no sense to bang my head against that wall. I’d originally planned to keep going south, and descend by 19 Mile Brook trail, but at three in the afternoon, and only just having made it to Middle Carter, continuing with that plan seemed foolish at best. Not even 90 minutes until sundown. I knew what was behind me, not at all what was in front of me, and by that logic, there was about six miles of uncertainty ahead, most of which would have to be addressed in the dark. Slippery conditions on a hard trail makes for a long day with diminished expectations and a willingness to turn back. Gotta get out the door at least two hours earlier next time. Not the least, but it’s a much longer drive to that part of the Whites than most others.

On Thursday, seemingly in spite of the clouds blocking the views, I spied a snowfly. I don’t know how I do this, but somehow, I find the smallest things in amongst the clatter and noise of the trail. Leave yourself open to magic, and it shall happen. The chattering gushes of birds hidden in the trees. I know at least one voice was the boreal chickadee. And here and there, the snow showed itself as a matter of miracle, not one of inconvenience. Drooping branches, heavily laden. Or the rocks with their harsh edges softened by a blanket of snow. Ice, shimmering in the light like sapphires. Awe abounds. Next time, I really need to slow down and look harder at things. *Sigh*

Thursday’s disappointments not withstanding, though, the long views this day were quite nearly epic. There were some clouds, to be sure, but somehow, they seemed to move in concert with the mountains, not in conflict. They added drama to the scenery. And to my boots on the ground, the clouds left gaps in the blue sky above that allowed glorious sunshine to reach me without let or hindrance. In short, it was a heck of a day to be out on the trail. It might have been just below freezing, but it felt almost warm enough to be perfect.

Lovely weather and epic views aside, the two trips side-by-side exposed something else. I cursed my way up and down the southern half of Imp. It’s wet, it’s full of rocks, and in short, it’s a slog. The only redeeming feature (as I see it right now) is the Dodge Cutoff where you can slice a mile off that trail. But while heading up the (much drier!) northern half was no picnic, when I got The View, it was well worth the sweat. However, that’s not half of it. That trail crosses Imp Brook at two spots, both easily stepped-over. Frozen conditions meets rushing brook. Neglect the views at boot level at your own peril.

Get out the door sooner, rather than later. Imp is icky. Except when it’s not — to wit: Imp Face has amazing views, and that loop is a hike that stands perfectly well on its own merits, peaks be damned. And never forget that when you least expect it, the trail provides.

Nuts and Bolts: The trailhead for both halves of Imp Trail is on Route 16, on the eastern side (left if you’re coming down from Gorham.) When you hit the Dolly Copp Campgrounds, slow down: you’re within a mile of the northern trailhead. The sign is easy to miss, so your best indicator will be the presence of cars parked alongside the road. If you get to Great Gulf trailhead, you well and truly pooched it. That said, if you want to park there, it’s all of about 15-20 minutes walk to the Imp trailheads. (If you need to turn around, the road is wide, but be careful: sightlines aren’t terribly long.) For those interested in shaving a bit of time and mileage, turn right out of Great Gulf parking area, and walk about 500 feet. The Camp Dodge center is on the east side of the road, and there’s a fire road that runs behind the maintenance shed, intersecting the Imp Trail after a little under a quarter mile of very easy route-finding. You’ll find yourself about a mile ahead of the game. IMHO, this is a better parking option, but you have to hike up the southern half of Imp, which is wetter and muddier. And you miss out on the views.

Blazes are yellow on Imp. Technically they’re blue on North Carter trail, but I didn’t see any; the trail is super easy to follow anyway. On Carter-Moriah trail, you’re on the AT, and so the standard white blazes abound.

Find me in the mountains, or on this blog. For the time being, I remain on Twitter: @Protean_Hiker https://twitter.com/Protean_Hiker/ However… while I would prefer not to mix current events and hiking, the recent upheaval at Twitter has had me questioning my remaining on that platform. (Why can’t we all just get along?) Those on Mastodon can find me at: https://mastodonapp.boston/@Protean_Wanderer. It’s still a work in progress, so please, be patient. For my 30 or so followers on Twitter, please consider making the switch. 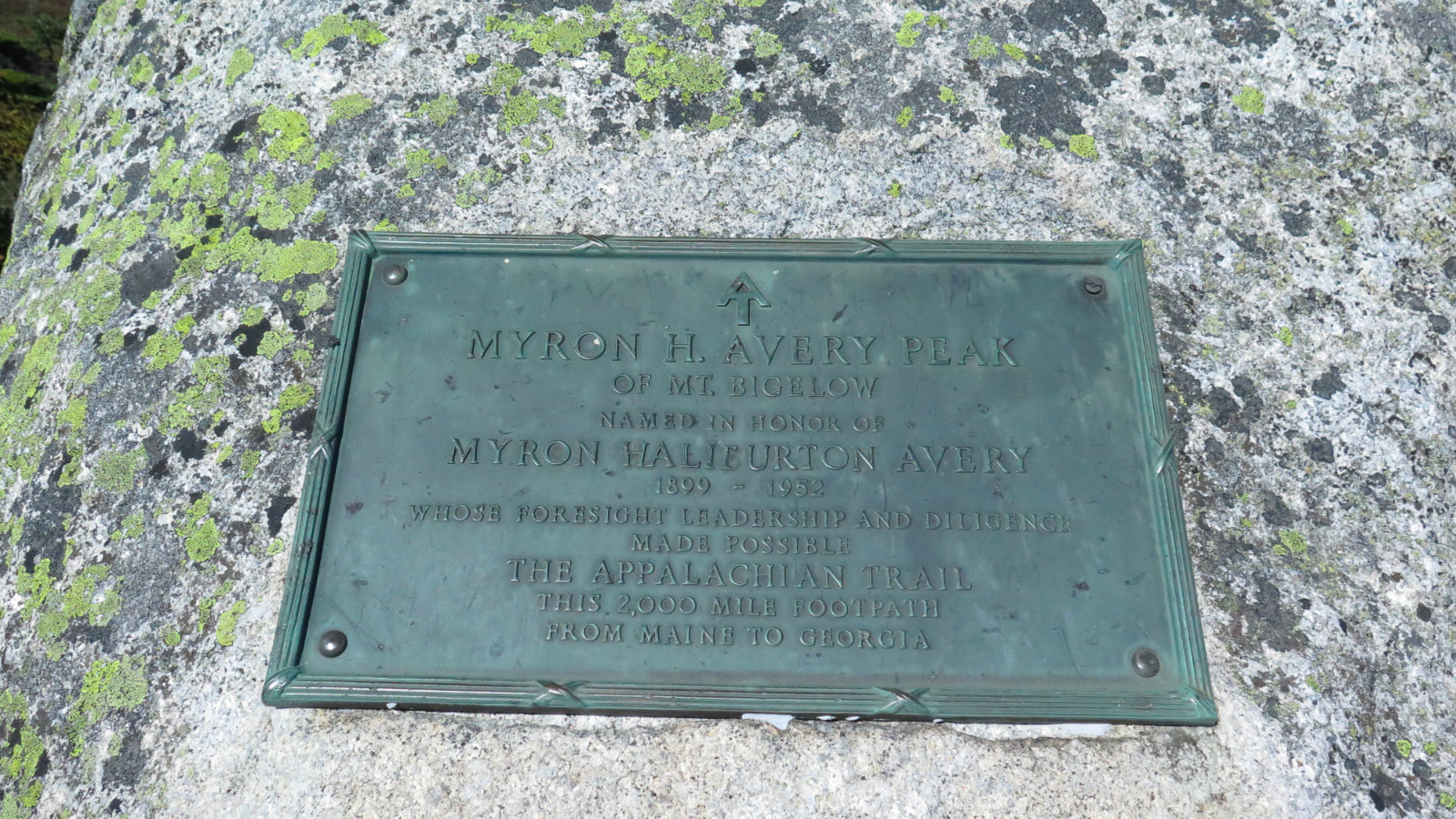 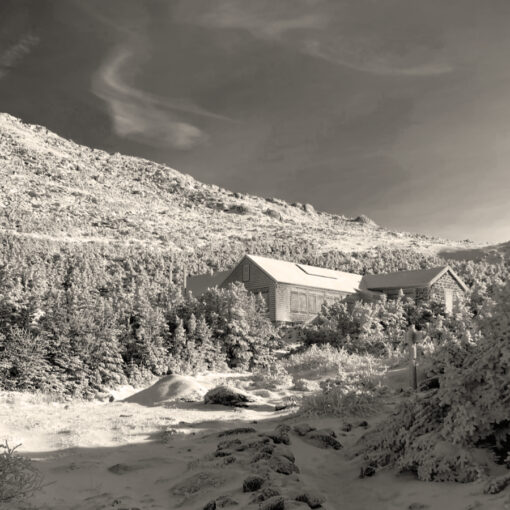 It’s been nearly three years to the day since one of my most fateful hiking trips on Adams.Does the date have significance, or was it a fluke? 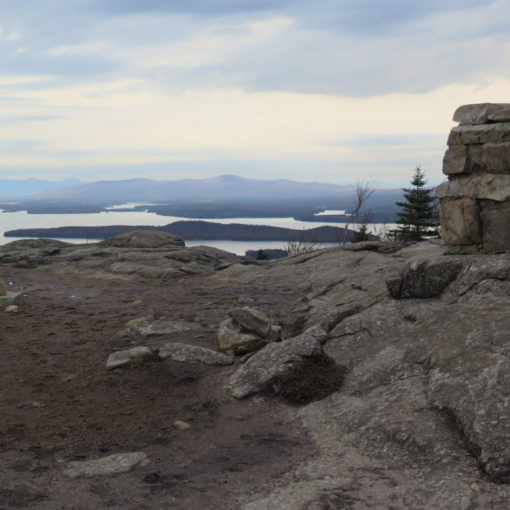