Temps were in the 80s throughout the day. Winds were negligible in the trees, about 3-5 knots at the summits. Essentially unbridled sunshine all day long.

The day was so nice, I hiked twice!

So in fairness to South Moat, I basically charged up the hill, neglecting to notice much of anything until I hit the summit. Spending “only” 80 minutes in that amount of distance doesn’t afford one the time to hang out and look around. Mea culpa. But I did spend more time on the descent, and did actually see a few things. Like butterflies.

To be true, it wasn’t the most scenic of trails today. For whatever reason, the understory felt very “un-lived in.” Sometimes you hike a trail and it feels like the ground is barfing up all kinds of greenery — there’s a crazy amount of growing going on under the canopy. Today wasn’t that day on South Moat. The ground felt dry, almost desiccated. There was a lot of twittering of birds, and there were butterflies writ large. But that felt like it. I’m sure it’ll change, but my luck of the draw today wasn’t in my morning hike.

On the other hand, I’m happy to have hiked the Moats as I did — going from both sides and meeting on Middle Moat’s summit. There are truly two ecosystems at work there. This is an observation I’ve long since made on Grand Monadnock — hiking a circuit from east to west, you can see it there, too. If I were a denizen of Conway or its environs, I’d be hiking this range much more often, to make more observations of this. It’s fascinating what differences you can see from the north side v the south.

The views from the top were much better today. Basically zero cloud cover — I do have a few pictures that show clouds, but overall, I never once thought anything other than “wow, it’s wicked sunny out today!” And Mt Washington itself… not a single cloud even remotely nearby. A truly rare treat! Hiking across the col to Middle Moat was fairly straightforward, and I made the trip (one-way) in a little over 15 minutes. The nice thing was being able to change my vantage point and see mountains that were obstructed from the southern peak.

Something that stuck in my head… I had great views of Cranmore ski area. The other day, Kennett High had their graduation, and owing to social distancing requirements, they did things a little differently. Nicely, Cranmore ponied up the use of their lift, and kids rode up, one to a chair (with their parents) and at the top, got their diplomas. I think this is awesome. I graduated quite awhile ago, and I can’t recall much of anything about it. I have a sense that none of the Kennett High kids will forget their moment in the sun. They took a basket of lemons and made some mighty fine lemonade with it. I hear they’re exploring the idea of making this a regular thing from now on. Awesome.

After a quick, but not too quick descent, I raced over to the UNH trailhead and turned onto the Mt Potash trail. I’d been wanting to clean this one up ever since being denied at the water crossing when I hiked up Hedgehog. Being in the middle of the spring thaw, Downes Brook was swollen and raging, but today, being the tail end of the season, it was placid. Rocks I could never see for being underwater were bone dry. I crossed with ease and made my way along to the stone steps across the logging road.

And oh, by the way, duh. I found out the other night that had I gone down the Kanc about three quarters of a mile, I’d have come to the gate at the end of that logging road, and a quick walk up would have gotten me to that same point, feet completely dry. So that’s the lesson learned for the bajillionth time. Read the stinking guidebook.

The trail became mine in very short order. I passed a couple parties — one with a delightful pup — and that was it. For the rest of the afternoon, I had solitude in spades. And that’s a distinction. On Moat, I met a few very nice people every so often. Some nice conversation. And aside from that, the mountain is on top of Route 16. It’s hard to escape the road noise, and today, there was construction in the near-distance as well. On Potash, once I was away from the Kanc, it got quiet really fast. Dead quiet when I was on the far side. Oh wow, that was nice.

Coming onto the first vista overlooking Passaconaway, I still felt that same feeling I had on Hedgehog. That’s a big honkin’ mountain. There’s a sense of mass that just cuts to the quick when you’re standing there, with nothing but air between you and it. Wow.

On the summit, the view wasn’t as clean as on Moat. There are trees growing here and there. Not enough to say this 52’er didn’t have a view, but it did make me wonder for how many years it will. It was trivial to walk around from one area to another, and I got the views I wanted. There’s a nice arc, going from the Sleepers across to the spine of the Tripyramids. Turning to the other side, I could see Carrigain, although the light made things blend in a bit, so it wasn’t as striking. Washington was visible, though it was a bit harder to see. And then there was the hulk of Passaconaway, and to a lesser degree, Whiteface.

And with that, I descended again. The walk down was contemplative, and I was able to spot some pink lady slippers around midway down. I think I also spotted some bluebeard lilies, though they seemed small and undeveloped. A week or so and they should be quite striking.

Driving back to Conway, I stopped at the Rocky Gorge scenic area. There’s a sublime pleasure in sitting on some rocks on a hot afternoon, with cool mountain water bubbling past. I washed my face, and cooled down some before getting back in the car for the drive home. It was a lot of hiking, but overall, it was a good day out in the mountains.

Nuts and Bolts: South Moat Mountain is best accessed from Passaconaway road in Albany. Siri got it right first time for me, and I can’t imagine any other GPS wouldn’t also do so. You’ll be driving about five or so minutes, and then start looking for the trailhead on the right. The sign wasn’t hard to spot, and there’s a parking area that can take about a dozen or so cars. The trail is on the far end, by a kiosk. Right now, the iron ranger is bagged — I don’t know what’s going on with that. (And hey, all the cool kids have a WMNF parking sticker anyway.)

Potash is accessed from the UNH trailhead, which is about 10 miles down the Kanc from Conway. You’ll go about 100 yards past the parking area, and the sign for the Mt Potash trail will be evident. It’ll make perfect sense when you’re there.

Blazes for both mountains are yellow. Some of them are fading, some aren’t at all where you’d prefer. Mind what you’re doing, especially above treeline, because things aren’t always straightforward. I felt like I did more route-finding than usual for some ill-defined reason.

Both mountains start out pretty tame. South Moat has a long stretch that goes on an old logging road. (Potash almost felt the same.) South Moat tipped up and got rugged pretty quickly at around the halfway mark, so include that in your plans. Water for both is abundant down low, non-existent up high. Bring enough. There’s a lot of exposure before you realize it, so you might also consider sun protection.

Potash got rough and rooty for quite a spell very abruptly in the second half. I got the sense that I wasn’t walking across so much as walking on, over, and around. Be forewarned: there’s not a ton of elevation gain and it’s a short trail, but it doesn’t give up the goods just on account of anyone’s good looks. It’s not hard, but it’s not as easy as you’d want. 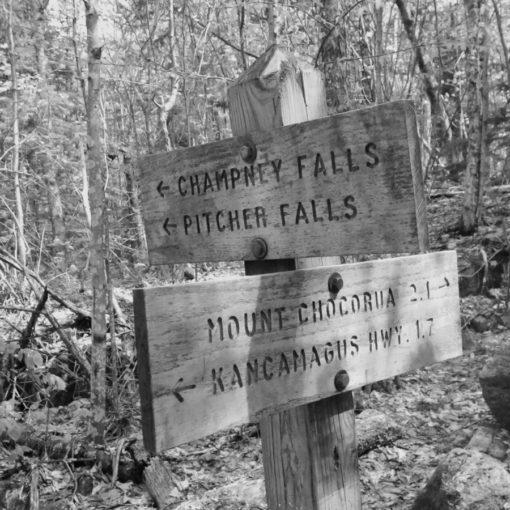 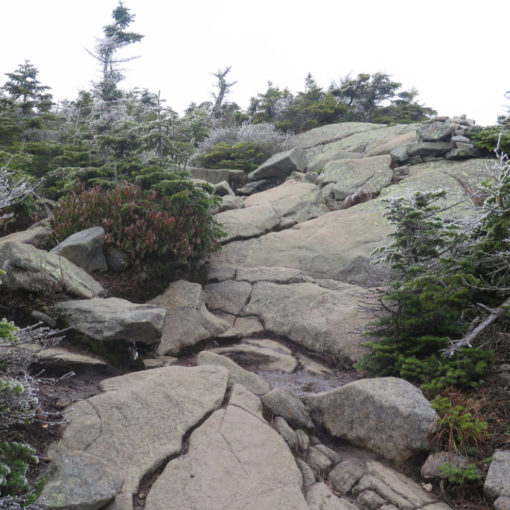