Skip to content
Home » How to make your hikes better

Hi folks! Thanks for checking in.

I got an email today that reminded me of the magic I experience when I’m out hiking. Particularly in the warmer months, as you’ll soon see why, but magic abounds everywhere. I’ve been posting to iNaturalist through their app. Nothing fancy, nothing crazy, but it’s added to my hikes in a pretty huge way.

If you’re new to the app, it’s a pretty cool idea. Anyone can take a photo of something with their phone. The photo gets geo-tagged (i.e. your GPS coordinates get added to the meta-data of the photo) and then when you have internet service, the photo gets uploaded. There’s an AI which suggests an identification of what you shot, and if that comes up blank, then other members can chime in with their identifications, and you’ll get an email with updates to your observations. Right now, there are a lot of really smart members who chime in with accurate results. And if your eyesight isn’t doing so well (like mine) it also works via their website on your home computer, so you’re not left squinting at the tiny screen of your phone.

Now here’s the cool part: you’re doing science. Researchers who are trying to get a handle on the planet’s climate, or figure out the health of the forest, or other such concerns, can check in and see what’s going on. I know from talking with the AMC’s biologist that the times when flowers bloom in the spring are valuable to understand how climate is affecting the health of the forest. You can help researchers keep their fingers on the pulse, so to speak, and help them help our favorite stomping grounds. I can’t speak for anyone else, but for me, the stresses of my job melt away very quickly when I’m in the woods. I’d like for that to be a part of my life for at least a bit longer. Call me crazy, but that’s me. If you’re reading this, I’m sure that’s you, too. Birds of a feather, and all…

So how’s that make more magic? One of the identifications I got in that email was the six spotted tiger beetle. I can remember the moment when I saw it pretty well. Honestly, I was just tramping down the trail, when an unnaturally bright green spot caught my eye. And then I looked closer. Until then, I thought bugs around here were mostly drab — the possible exception being ladybugs. This one was super bright green, of the sort you might see someone paint their 1980s vintage Camaro, with leopard print faux-fur seats and t-tops. (Van Halen on the tape player not optional.) So that shook my thoughts on what the forest should be like. That photo really doesn’t do justice to how dazzling that green really was, and now I’m looking for more.

I have a stack of books on the Whites. Trail guides, history, and yes, nature identification. But some of the stuff seems… stuffy. Don’t get me wrong: I love books, and truly believe that they belong in the category of “who dies with the most, wins.” Honestly, though, it can be a drag trying to paw through them, trying to figure out from a photo whether a flower is this or that. The app makes it much easier to get the basic ID, and then I can make a more targeted dive into the books and find out more. The process of identification becomes much more streamlined.

And on that, new knowledge makes me look down even more, trying to find even more things. Once you know, for example, that Lady Slippers prefer wet feet, and they like very acidic soil, you start looking in the right places, instead of being frustrated you’re not finding them in the wrong places. I found that one beetle, so now I’m on the hunt for more beetles. Being in Baxter State Park last year, with its plethora of butterflies, made me more attuned to them — I didn’t mention it in my last post, but I saw several instances of a butterfly heading up North Moat Mountain that might have been a Canadian tiger swallowtail. Not sure, and it didn’t hang around for a photo (not for a lack of trying on my part!) but I know they’re out there. There’s pleasure in the hunt.

(Below is an Eastern Tiger Swallowtail I saw last year in Maine. It’s pretty dazzling, no?)

More than that, it brings more serenity to hiking. I once looked at bears and snakes with trepidation. Then I started reading about them. Did you know that the overwhelming majority of a bruin’s diet is vegetarian? Seriously, their luxurious fur makes them overheat if they run for more than a short distance, so hunting is pretty much out of the picture. Carrion is unreliable. Nuts, berries, and other vegetation don’t tend to run away, and they come back year after year. And humans? We’re so not on their menu. We’re actually pretty scary, if we behave properly. (If you’re new to this blog and haven’t heard me say it yet, “A fed bear is a dead bear.”) But also, while there are rattlesnakes in our woods, we’re more likely to spot a milk snake, which looks similar to a timber rattler, but are quite harmless to us.

Note the head is thinner than its body, and the grey bands are very distinctive compared to the reddish blotches. They eat bugs and rodents — basically the things we’d prefer to see less of anyway. They’re allies. And mostly nocturnal, so you’re unlikely to see one, unless it’s out for a “late night snack.” Who among us hasn’t stood in front of the fridge in the middle of the night?

So, it’s not guaranteed that every outing will be amazing. But knowledge is power, and that’s the power to make your hikes more interesting. Download the app, and give it a whirl. It’s fun! 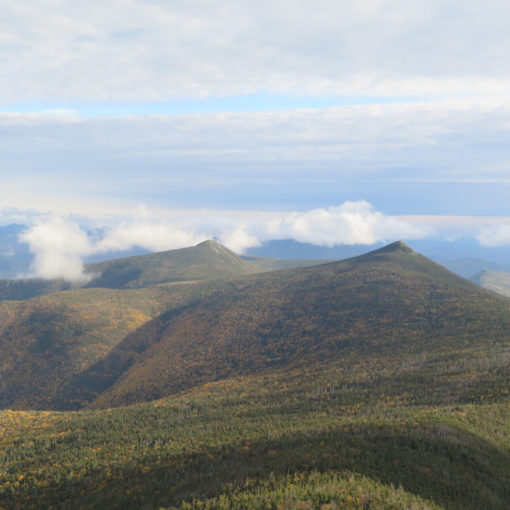 ULA in Logan, Utah makes a fine lightweight backpacking pack. I review my ULA Circuit, which I really like a lot. 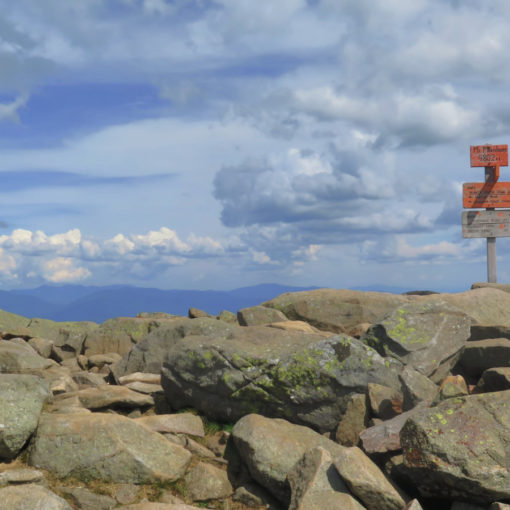 Not all heroes wear capes.  This is semi-related to hiking. Not the least, it involves feet, and it actually follows the AT […] 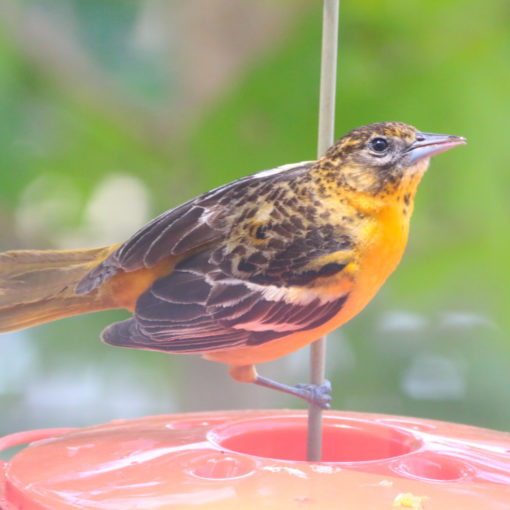 It’s all about where you find it. Your backyard is waiting, and probably has so many things to see and examine.