Approximately 35.6 miles, not including mileage to huts. Note: I’ve included a link to my Gaia GPS map below, and their mileage is 32-ish miles. I’ve taken my “official” tally of 36 miles from the AMC book. Your mileage, obviously, may vary.

NOTICE TO HIKERS: The Forest Service is asking all hikers going to Owl’s Head to be vigilant against habituating bears to humans. Some hikers are leaving their packs at the foot of Owl’s Head, as they race up that last bit of the hike — either the slide path or the Brutus Bushwhack. Unfortunately, bears have noticed backpacks contain food. This wouldn’t be as huge a problem if it ended with errant hikers’ packs merely torn to shreds and their contents tossed around. The Forest Service knows of one instance where a bear followed a hiker, having smelled the food in her backpack. In that area, at least, they seem to be associating backpacks with a free meal.

If you’re going to leave your pack behind for the final push of a climb, make a bear hang — suspend your pack at least 10 feet off the ground, and at least 4 feet from any tree trunk or branch capable of supporting the weight of a bear.

Remember, a fed bear is a dead bear. And bears are too awesome to come to that end.

11 Prime Peaks in the Pemigewasset!

To say this was a tough trip is hitting it right on the head. And yet, as I crossed the bridge over Franconia Brook this afternoon, I just wanted to go back into the mountains. It was a lot of hard miles, but at the same time, the experience was intoxicating. Sheer narcotic bliss. I’ll do it again, for sure.

I began writing this blog because I wanted more information on what trails were hard, and so on, when I began doing the 48 and couldn’t find that kind of information to my satisfaction. Yet, a Pemi Loop is a strange beast. The Lincoln-Lafayette loop is a classic, and many novice hikers complete it without too much trouble. Similarly, less seasoned hikers make their way into the huts, which isn’t always an easy hike. With the loop, however, a trail’s difficulty is compounded by overall distance, time, and the fact that your legs aren’t the same on day three as when you start out. (And this trip, the weather was a very odd duck.) It’s not the trip to start out your 48 list with, unless you have substantial experience. These are very rocky miles, with several very deep cols, steep ascents and descents, and generally rough and rugged terrain. There was a lot of unavoidable mud, so even if it wasn’t rocky, there was a lot of time and energy spent in navigating seemingly endless mud puddles. Everywhere.

Each night, I was glad to have stayed in a hut — it was wet, windy, and just not very nice out both nights. (And the croo countered the weather with delicious meals, and fabulous desserts. Oh my, the salted caramel cheesecake was amazing, as was the blueberry quick bread.) Each day, I was challenged by the weather. Views were slashed by clouds, and with precious few exceptions, it felt like I always had to look nearby for what would make this trip special. (That being said, there were stretches where I realized I was grinning madly, because I was happy just being on the trail. So that was the plus that speaks for itself.) I kept wondering what would have happened if I’d had the time to knock out the loop over the summer. I’ll have the chance to test that hypothesis next year.

Given all that, I’m going to just let the pictures tell the story of an amazing outing. Those interested in doing the loop can decide whether 10+ mile days for three days straight is a smart idea. Feel free to reach out in the comments with questions.

Nuts and Bolts: Lincoln Woods parking area (which is a good jumping off point for Owl’s Head, Mt Flume via Osseo trail, and Bondcliff) is about 5 miles to the east of Lincoln on the Kancamagus Highway (Rte 112). Exit 32 off of I-93, and you’re there. If you’re continuing on to Conway, know there’s no fuel on the Kanc. Lincoln is pricey, but inexpensive gasoline can be found in Ashland, at exit 24. 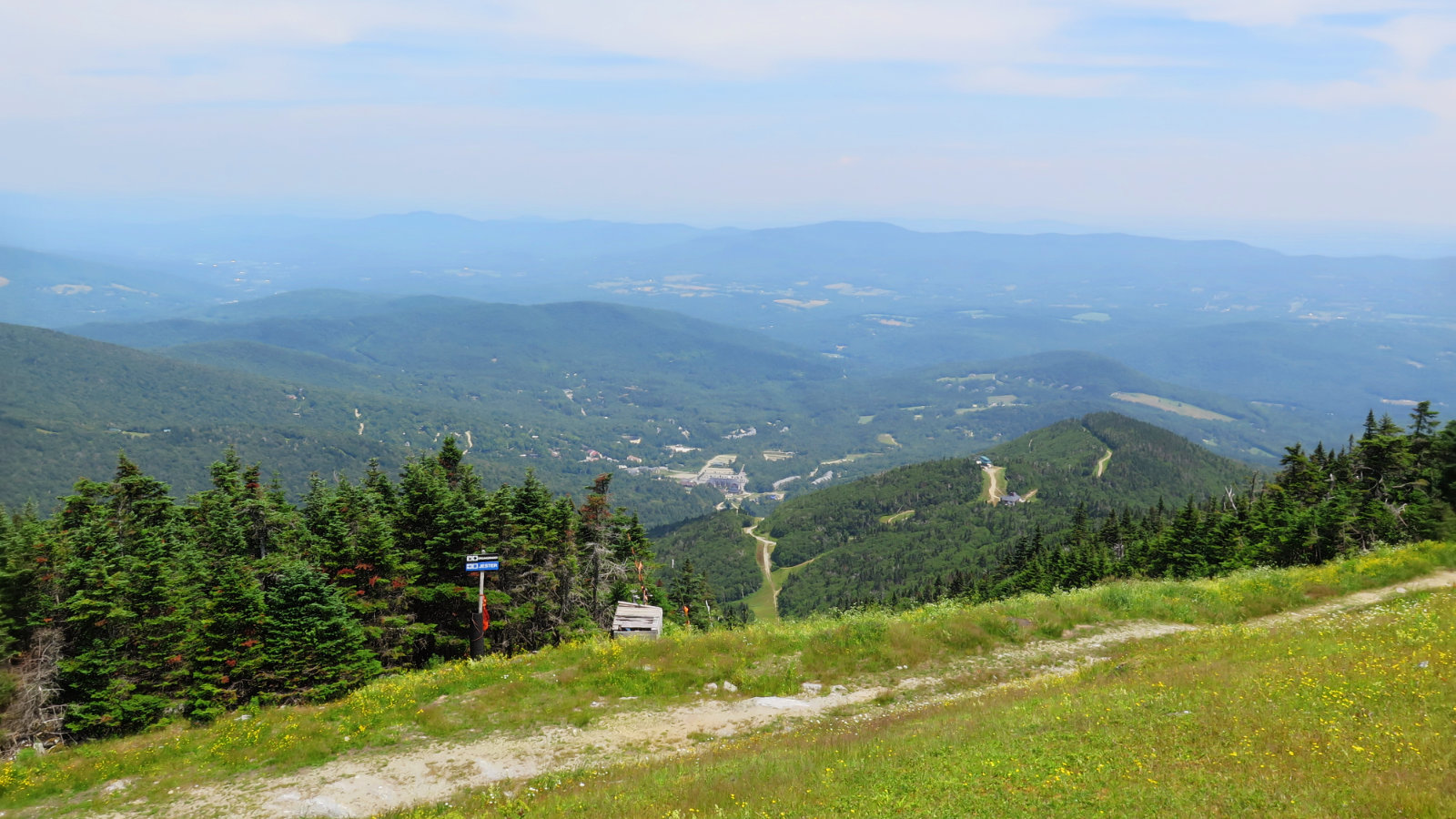