64 dF at the trailhead, 62 dF at the summit. Winds were barely felt on the trail, audible in the trees. Partly sunny (most certainly on the sunny side) throughout.

Views both near and far!

Sometimes I sit, hands poised to start writing, and Kirk’s voice pops in to narrate my blog. “Stardate…” Weird. Today was far from the vacuum of space, far from the sterile innards of a starship zooming around centuries from now. And it was far from the dig-sweat-push-pull of the daily grind. All the same, it was close to home, so all this without the long drive was welcome indeed.

As far as the plantar fasciitis goes, things are progressing, albeit slowly. It’s been a combination of using the Dr Scholl’s inserts, some foam rolling, a bit of stretching, and… as I write this, my feet are bathing in epsom salts. The last one is not from anything in particular, except when I was dealing with the ingrown toenail, I realized how nice it feels. Endorphins… a little dopamine… a fine cocktail with which to bathe the brain. Decreasing cortisol has been shown to improve healing. We’ll see if it works in my case. In the meantime, my feet are enjoying the spa.

All that said, it was my primary goal to get out of the house. Not the least, but four walls and not a lot of “real” hiking lately. On that front, I’ve not at all felt accomplished in the slightest. The burr under the saddle is that it’s mid-month, and I’ve yet to set foot in the Whites this year. Secondary to that is remaining mindful that plantar fasciitis is an overuse injury, and I’ve got a few plans for backpacking trips this summer.

On that last score, I knew I wanted to do something tame. A lot of the stuff in the Whites that I want to clean up on — little things for redlining — isn’t necessarily on the friendliest terrain. Besides that, I wanted to keep things on the shorter side, and driving hundreds of miles to hike for a couple hours isn’t just crazy, but it’s also madly wasteful of both time and gasoline. I can deal with burning time, but the excess gas? I can’t countenance that. Especially as this past winter was particularly strange, giving up the ghost well before April’s showers arrived in force.

Officially, today’s hike was on the northern half of the Wapack trail, but only just. I did part of this hike back in 2019 (almost to the week) coming from the north and ending up at Burton Peak before turning around. Strangely, I commented on having done Owl’s Head, run a half marathon, and plans for doing the Twins and the Bonds. And then not wanting to court an overuse injury. So… how is it I could bang out all that stuff just a couple years ago, like it was nothing? I’m not going to bother trying to answer that.

I’m a bit jealous, because just eight days later those two years ago, the wildflowers were out. Today, not so much. That said, it pays to keep your eyes peeled. I spied, with my little eyes, mourning cloaks! There were two that appeared to be “doing the dance”, and another that was on its own, possibly feeding. It did seem to be flying around with some sense of purpose, though I’ve no real idea what it might have been. I had a scant second or two to snatch a photo before it took to wing again.

The views from the trail come by a scant few outlooks. But the hike to them is very worth the effort. To the west, there were fine views of Grand Monadnock, and a bit to the north (and obviously beyond) was (possibly) Killington. The “eastern” view was more that by southeast. I wish I’d have brought binoculars, because I think I was seeing the MIT Haystack Observatory, on the Westford/Groton town line. It’s remarkable for a gigantic white orb, a geodesic dome that protects a massive radio telescope from the elements, visible from many high-up places all around. I know I’ve seen it from the fire tower on Pack Monadnock, and occasionally from the summit of Grand Monadnock.

There was much nattering from birds all afternoon, but it was rare to actually see one. I think the final tally was two or three actually seen, too far away to identify clearly as anything more specific than passerines. But it kept the walk lively.

Footing on this hike was about what I could tolerate. There was ample soft duff underfoot for much of the afternoon, although on the ridge, there were plentiful rocks to scamper over. Stay tuned, but I might lay low for the rest of the month before returning to the Whites in June. But this is, generally speaking, an easy hike, and for any school-aged kid, reasonably child-friendly. Just what I needed. At some point, I’ll finish stitching this one up, down to Ashburnham and Mt Watatic. Last I was on that summit was many years ago, so it’s about time…

Nuts and Bolts: Drive out Route 101, past Miller State Park (the southern side of Pack Monadnock.) Passing into Peterborough, turn left at the blinking light — at that intersection (which features Old Street Road on the right) you’ll see signs pointing right to Monadnock Community Hospital. You being in solid health, however, want to turn left at this blinky light, onto Route 123, AKA Elm Hill Road. Carry on for about three miles, and bear left onto Temple Road. If you miss the turn, you have another shot at the four-way that’s a bit over half a mile beyond, turning left onto Greenleaf road. The trailhead is at the junction of Temple Road and Greenleaf road, so either way, you’ll be ideally situated. There’s a kiosk at roadside, complete with a couple benches and a small parking area.

Trailhead will be across the street. Blazes are yellow triangles, and wildly abundant. Most of the trail is pretty obvious; just follow your nose. There are a couple side trails, generally to nearby outlooks. Berry Pasture Trail comes in from the west, about a mile and a quarter along. But that junction is well signed. Both Burton and Holt peaks are signed as such, though their signs are nailed fairly high up. If you’re looking down for wildflowers, it’s not impossible to miss them. 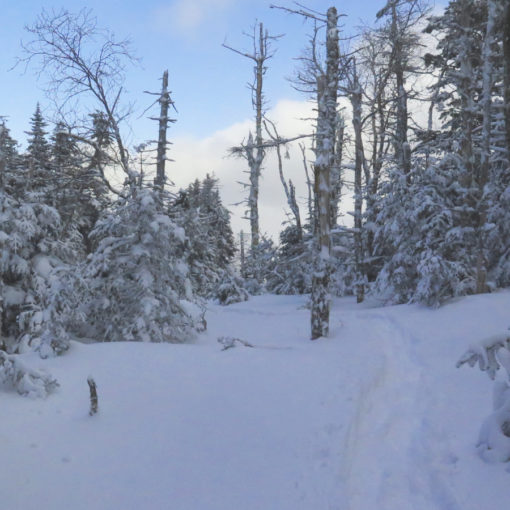 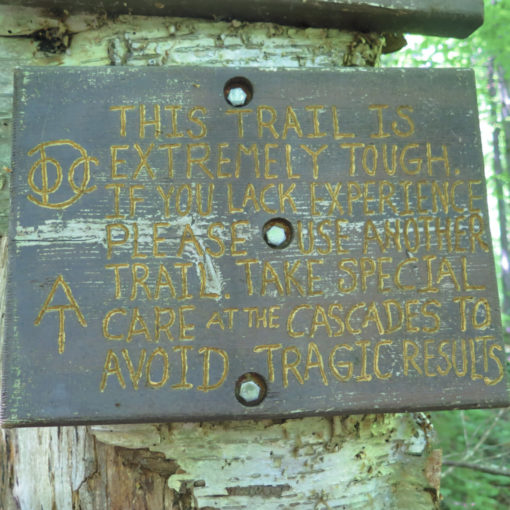 On an exceptionally steep trail, yet it was a good day to be out in the mountains. Hiking Moosilauke never gets old. 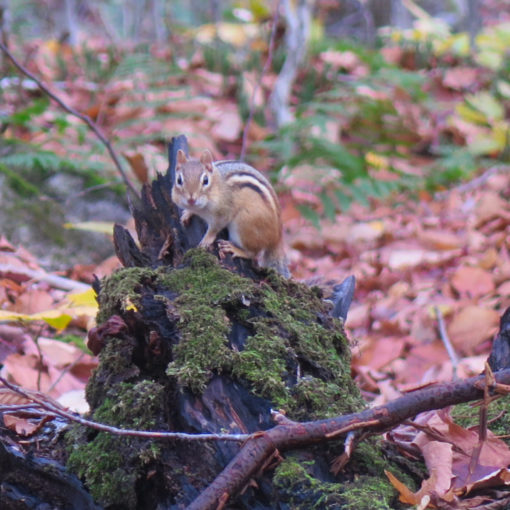 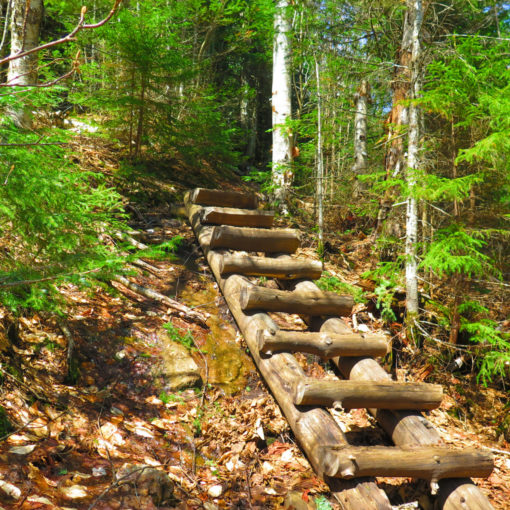 3 thoughts on “Trip Report: Light and sweet: a hike up Holt Peak”