80 dF throughout. RH ranged from about 98% to 100%. Winds were negligible. Cloudy, rainy, occasional thunder.

There was rain, which was nice.

I’m closing in on finishing the Wapack Trail. At 21 (or so) miles, end-to-end, it’s not the longest trail out there — perhaps 1% of the length of the AT, for those counting. Compared to the Whites, it’s low-slung, not even reaching half a mile above sea level. But over the past few weeks, I’ve discovered there’s a lot more to it than one would think at first blush. Setting aside the fact that it’s kept me at least somewhat sane while I’ve been dealing with plantar fasciitis, I’ve seen things that have triggered more than a little “wow factor.” I’ve suggested various segments to more than a few friends, because yeah, I’m just that enthusiastic about everything I’ve seen on this understated gem. Simply put, it’s been a lot of fun.

Today’s outing wasn’t particularly “wow”, but more about completion. It was arguably the flattest portion by far, and no long-distance views were on tap, period. Indeed, quite a bit of it was either on macadam, or on a dirt road. A bit was indeed on a bona-fide hiking trail, and then on a good bit of logging road. There wasn’t a lot of “getting away from it” to be had, so much as just pounding out the couple miles between two trailheads. A hike should be approached on its own merits, but this segment strained that ideal to a certain degree.

What did surprise me was the rain.

I got out of the car just as the rain got going. I’d been watching the weather, hoping it wouldn’t catch me out, but the day’s heat was oppressive, to say the least. Temps at lunchtime were around 90, and the air was thick. A little rain, though, and temps dropped off the cliff. Sweat was rinsed off, and… wow, it just felt good to be outside, hiking in the rain again. Go ahead, read that again. Yes, I did say that it was pleasant to hike in the rain. Very much so.

I’ve often said that the trail provides, and that the trail surprises. Today was no outlier. Yes, I was grinding out mileage, but it wasn’t hard with the cooperative weather. A little thunder overhead, but it was the cloud-to-cloud stuff, and I wasn’t standing on anything tall. Mostly rain just washing away the heat and watering the flowers. And for all that, it was a good enough day.

Trailhead will be on the far side of the parking lot, across from the Windblown Camping area. Blazes are yellow triangles, and fairly conspicuous. If you haven’t seen one in a short bit, press on for a bit more, and you’ll see the next one.

Note that some of the trail is along a dirt road that appears to be fairly new. Along with that, you’ll pass by people’s homes, near enough that errant steps might constitute trespassing. Be aware, and as always, be an ambassador for the sport. Everyone I’ve run across in these parts has been friendly; do your bit to extend that record by treading lightly. 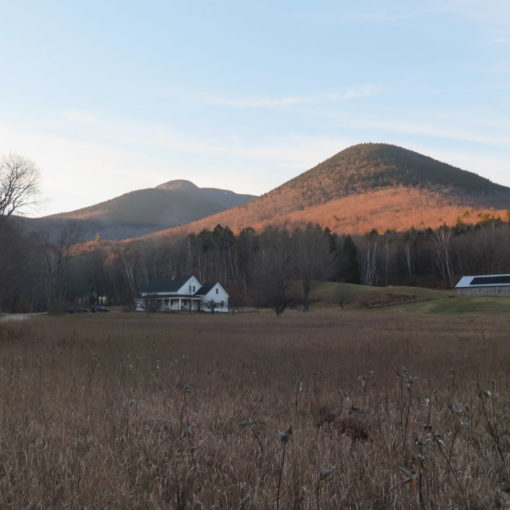 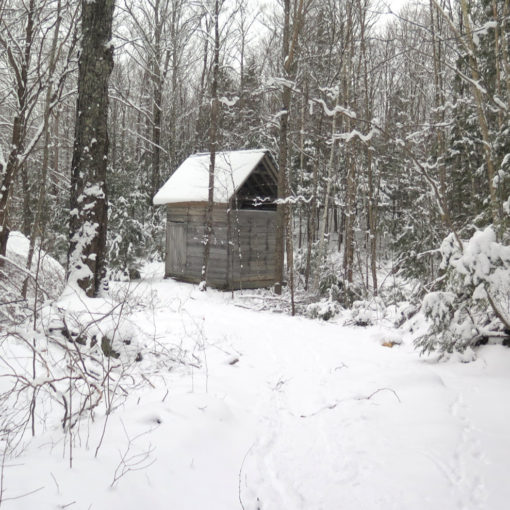