These three are a fun bunch. I’m going to get that out there right away. I’m often given to reflect on Mt Tom in particular, and strangely, I’m left wondering if it’s really one of the easiest of the 4,000 footers. Is this one that I should be recommending to newbie hikers who ask where they should consider starting? Maybe I should stop wondering and just embrace the simple truth that it’s a fun hike. But yeah, I spent a lot of today asking, and re-asking that question, all the way to Willey.

So, what about that?

Strangely, at this point, I’ve hiked Tom, Field, and Willey on four occasions, in all four seasons. OK, that’s not strange. But what is strange is the fact that three of the four outings found me walking over snow and ice covered trails. I never took statistics in college, but I think that’s what you’d call an outlier. I’d be a bit hesitant to tell anyone to start their 48 in wintery conditions, even though that’s precisely how I started mine. But then again, I’d hiked Monadnock more than a few times in the colder months.

And so, perhaps a better question is “how does Tom, Field, and Willey stack up to Mona?” On that score, things came into sharper relief. It was easier to evaluate the trail when I had a benchmark. I lost count at least 20 years ago, but I have a sense I’ve got about 100 hikes just on the White Dot trail in all four seasons, and even a nighttime winter hike. (I won’t make a broad recommendation that you do the same, but wow, that was a fun outing under a rich, velvety black blanket of endless stars.)

I got to the trailhead a little later than I’d have preferred, but still not terribly late in the morning. The conditions on the drive up were initially rainy… outright sodden, actually. But then, as I was somewhere between Waterville Valley and Franconia Notch, there was a sliver of blue up above. The sun wasn’t properly out in the slightest, but it reminded me of the part of the forecast that called for the rain to slow down as the day progressed. We certainly need the rain, but even though I’m well accustomed to hiking in it, anyone would prefer things to be a bit drier.

But nothing to worry… as I came around Mt Cleveland and then on into Twin Mountain, the wet and dreary conditions resumed in earnest. By the time I got into the notch, the wind had picked up, too. Yep, there was a part of the forecast that called for wind.

I hit the trail.

This was a weird one starting out. From the moment I got out of the car, the wind demonstrated it was happy sapping all my heat. And so in the car, I got stuff ready, including layering up a little. With my micro spikes on, I hit the trail, crossing ice that was softening up. In contrast to last week on Tripyramid, traction today was golden. Huzzah! And once in the trees, I started to warm up. About 15 minutes in, I was already shedding the layers I put on in the car. *Groan* Sometimes, you can’t win that game, but it would have been nice to get more than 15 minutes in. For the rest of the day, I was in a vest and shirtsleeves, regulating my temperature by rolling up and down my sleeves, and donning and doffing my mittens. Who’d have thought?

I headed up the familiar trail, but this time, I decided to make a quick jaunt up the Cascade Loop — it’s on the redline list, but it’s also nice to see the two cascades. I walked up a trail on easy grades, listening to the water dripping down all around from the trees above. There was a lot of melting going on. I kept thinking back to the White Dot trail, asking myself if one was harder than the other. So far, Monadnock was harder. I passed the junction for the Avalon Trail, and pressed on to the junction with the Mt Tom spur.

The summit was viewless. I knew the clouds were low, but wow. I went to the viewpoint off the side of the summit, and… nothing. So I turned back down the trail, and at the junction, made the right hand turn to the junction just 80 yards away. I had a brief moment recalling my trip out the A-Z trail from Mt Hale this past summer. I can still feel the plants over growing the trail, grabbing at my arms and legs as I pushed through. But wow, the sense of being alone in the woods, having time to just listen to the wind in the trees, the critters, and whatnot. This area of the Whites is fairly easy terrain overall, and its lack of expansive views outward is easily made up for expansive views inward.

Turning up the Willey Ridge trail, I kept on evaluating. So far, my sense of Mt Tom being an easier hike was confirmed. The mileage is longer for sure, but even with the ice and slush, there was nothing strenuous about the trail. I was climbing up more of the same easy grades, passing from the open forest at the junctions (which always feels almost like a living room to me, every time I’m there) into a tighter section of trail. There was a few spots where I had to climb up a couple rocks, but like Tom, the trail heading up Field was pretty low-key.

I do have to point out the wet. The trail necked down considerably, and before long, I was getting wet both from the dripping overhead, and also from the tree branches reaching out to touch me on both sides. Before long, my shirt sleeves were soaked. Ick.

There’s a couple of oddball signs. I passed one on the way up Avalon trail, where it pointed out the Mt Tom spur that was 0.1 miles — that’s 528 feet — ahead. There was a huge section of blow-downs there, so I don’t know if one had something to do with the other. But the second oddball sign was the one pointing out that the Mt Field summit was 100 yards away. This was at the other junction of the Avalon trail. I mean, it’s certainly valid, but you don’t see distances marked in yards all that much. But there it is. I made a quick jaunt down the dozen yards or so to the view, and again saw nothing but the trees in front of me.

I’m adding Mt Field to my list of easy 4,000 footers. I’m not sure a newbie hiker would want to bang out all three of these peaks in one outing. I mean, out and back, it’s about 10+ miles. At the same time, Mt Tom or Mt Field would each make a fine day out on their own, and be done in just over half a dozen miles.

I pressed on to Willey. Crossing the col, I paused at the bit in the trail where, in clear conditions, you can actually see to the southwest. Of course, today, the clouds were having none of that. Oddly, all the wind I’d felt down at the trailhead seemed to be gone. It was almost as if Aeolus had something more important to do, and just told an intern “hey, just um… maybe give ‘em a few breezes, and I’ll take over when I get back.” The mountains will always keep you guessing.

The trail at the summit makes that weird left hand turn around the cone. And then, there it was: the vanishingly small summit cairn, tucked off to the side of the trail. I briefly considered taking the Kedron Flume trail down, but about half a second of remembering the icy slush that I’d hiked across to get here, and thinking of what the ladders would look like… yeah, no. I was happier going down the trail I knew, rather than facing the ladders on a wet, possibly icy trail, sight unseen. Been there, done that. I’m happy not going there again. And so I turned around, headed back to the trailhead.

The return was about as easy, but that’s not to say it was entirely unremarkable. All day long, the temperatures were rising. It was almost the end of the day, but even on Willey, the mercury made it well into the upper 40s. I’d hiked up a trail that was soft ice, but now, it was a small brook. Where before, every step I heard the crunch of my micro spikes on ice, now, it was splash-splash-splash, at least all the way down Willey. The water crossings down low were still fairly straight-forward affairs, but I was still amazed at how much they had swelled up. Just an inch or three, really, but it was still noticeable. Wow.

And so, the verdict.

This is an easy hike, no doubt about it. I think for the newer hiker — one who’d done Monadnock a few times, but was still unsure, I’d feel comfortable recommending at least Tom. All three make for a longer day out, so I’d want to be sure a newer hiker was comfortable with the mileage. But certainly Tom and Field are on that strange list of hikes up a four thousand footer, that are notably easier than one of the shortest trails on Monadnock — at least 800 feet lower than the lowest of the 48. I’m glad there are easy ones on the list. It made for a nice hike today, where I didn’t have to work; where I had time to let my mind wander, and just enjoy the trail.

Nuts and Bolts: Avalon trailhead is at the Crawford Notch rail depot, adjacent to the AMC Highland Center on Route 302.

Trailhead will be on the opposite side of the railway tracks. In summer months, beware of trains — those are active rails! The kiosk is in the woods, so look for white painted trail signs. Blazes are yellow on Avalon and A-Z, blue on Willey Range trail after Mt Field’s summit, and non-existent everywhere else. But realistically, you won’t need any of them. The trail is super easy to follow.

Note: the map below includes the Kedron Flume trail. I highly recommend leaving this one to summertime unless you’re 100% positive that the ladders are clean and dry. It’s a very long way down if they’re in any way treacherous, with abundant opportunities to get hurt or worse. An out-and-back-again trip from Avalon trail is a much safer way to hike the mountain in sketchy conditions. 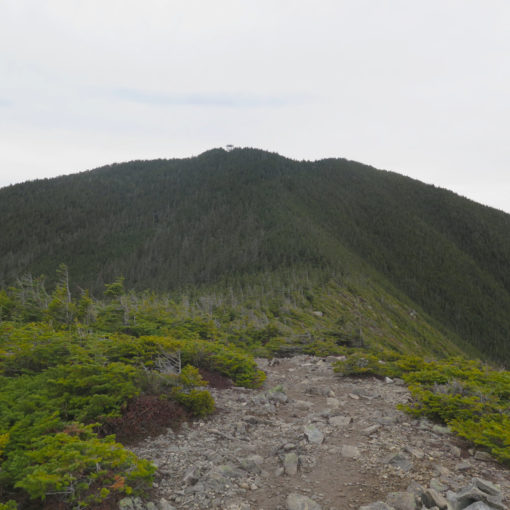 Carrigain never fails to impress. Even on a cloudy day, it’s got views. 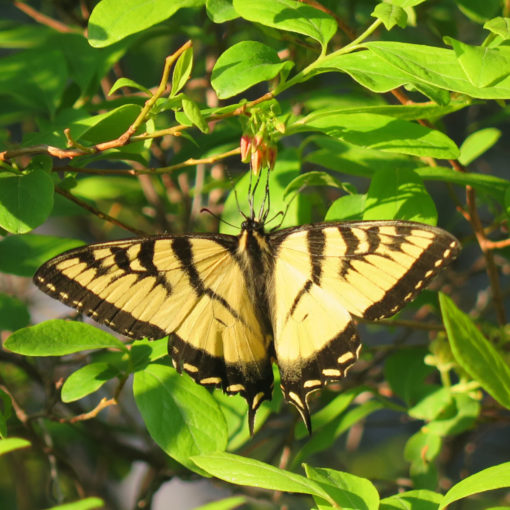 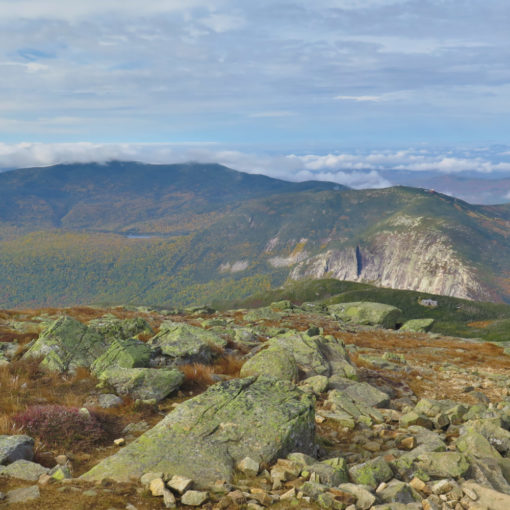 One thought on “Trip Report: Thanksgiving Trio on Tom, Field, and Willey”