Pack and North Pack with a new Pack.

Last week’s trip to Eisenhower had a lingering effect. I’d fallen into a spruce trap and tweaked something in my foot. Not being one to slow down for something as trifling as a sports injury, I decided it would be in my best interest to run a 5k a couple days later. (I tied my personal best pace, which was nice.) Looking down, later, I thought “yeah, that’s a bit puffy” and finally had the revolutionary idea that laying low might be in order. Fortunately, recovery has been swift. Today, I decided to have a low-key outing. The four walls have been closing in, the weather is amazing, enough is enough. Outside with me!

Coincidentally, a new piece of gear showed up on the front stoop: a Granite Gear Lutsen 35 backpack! I’d started out with my battered and tattered Kelty Redwing daypack that I’d gotten years ago. It fits like a dream but weighs a ton, and really, is more appropriate for low-key afternoon hikes in the summertime. I upgraded to a Kelty Redwing 50 with a modern suspension and attendant bells and whistles for the last 20 peaks or so, and that’s been doing really well. But it’s getting warmer, and I can shed some gear. The new pack is a tad smaller, but a pound and a half lighter. So obviously, my gear closet needs to expand, right? Done!

A shakeout hike on Pack with the new pack was in order, obviously. The weather agreed, so off I went.

The state has opened the auto road. With it, there is a bevy of cones in the parking lot, and although it’s a weekday with negligible traffic, the cones must be obeyed.

The Wapack Trail up Pack Monadnock is in fine shape. It’s largely dry, and what few wet or muddy areas exist are easily avoided on rocks and roots. I ascended the fire tower, and the very friendly watchman welcomed me up. The views are pretty nice, although only a handful of feet higher than I’ve already seen them. What was really appreciated was having the guided tour, explaining the things out in the distance. Stratton VT was easily visible, Mt Washington was a very indistinct ghost of an outline, Boston could be vaguely seen as a bump on the horizon. So visibility was perhaps in the 40-ish mile range. New Boston was easily spotted, as were the radomes at MIT’s Haystack Observatory in Groton, MA.

Leaving the tower, I pressed on to North Pack. The trail gets a bit more interesting, if a bit less rocky. There have been some blow-downs on the north slope of Pack, and consequently a bit of artful dodging is needed. But it’s not a big deal. The trail is otherwise in fine shape, and apart from a large-ish mud puddle nearer to North Pack, it’s pretty dry.

It wasn’t that long before I reached the summit, at a whopping 2,276 feet, marked by a huge cairn and a wooden sign literally bolted to the rock. Views were slightly blocked by trees, but not so much that I couldn’t see distant mountains here and there. If I were an eight year old, it would be disappointing, but for me today, it was certainly better than some “views” I’ve had in the Whites after spending a lot more effort getting there. (Galehead, I’m looking at you!)

On the way back, I stopped briefly at the “Joanne Bass Bross Memorial Scenic Outlook.” This is part of 501 acres of land donated to The Nature Conservancy to link up Miller State Park with the Wapack National Wildlife Refuge — 2,700 acres of land are protected. Which is cool. The outlook is mainly to the east, but points to either side can be spied — I saw Boston to the right.

The trail between the two peaks is much faster going than the trail going from Pack to the parking lot. Not just that I was getting a bit tired, but at least anecdotally, it felt rockier on the second half than the first. But at last, I was back at the car. I didn’t get in a trip to the Whites today, but I do feel accomplished. And happy to have finally gotten outside.

About the pack… it’s pretty nice. I can’t say I had the same sense of wondering what I’d left behind that I’d experienced with the Kelty (the first few hikes, it felt like that pack was made of helium). However, it does sit “just right” on my back, and I’m willing to attribute the lack of “float” to the fact that the pack conforms to the curvature of my back almost perfectly. Weight sits on the hips as it should, and there’s so much adjustment that I could make it mine in a few short minutes. No pack is going to have such perfect ventilation that your back won’t feel like a swamp on a hot day, but this one does a decent job of keeping the ick factor tamped down. It’s noticeably narrower and shorter — something I really appreciated when navigating around the blow-downs. And while it’s probably more in the category of “introductory” ultra lightweight packs, I’m amazed that it can do everything it does while remaining as light as it is. It’s a very welcome addition to my gear closet.

A toad out enjoying the sun on a warm rock.

Stone wall in between the two peaks… an artifact from an earlier time reaching out across the years.

Monadnock, through the haze. 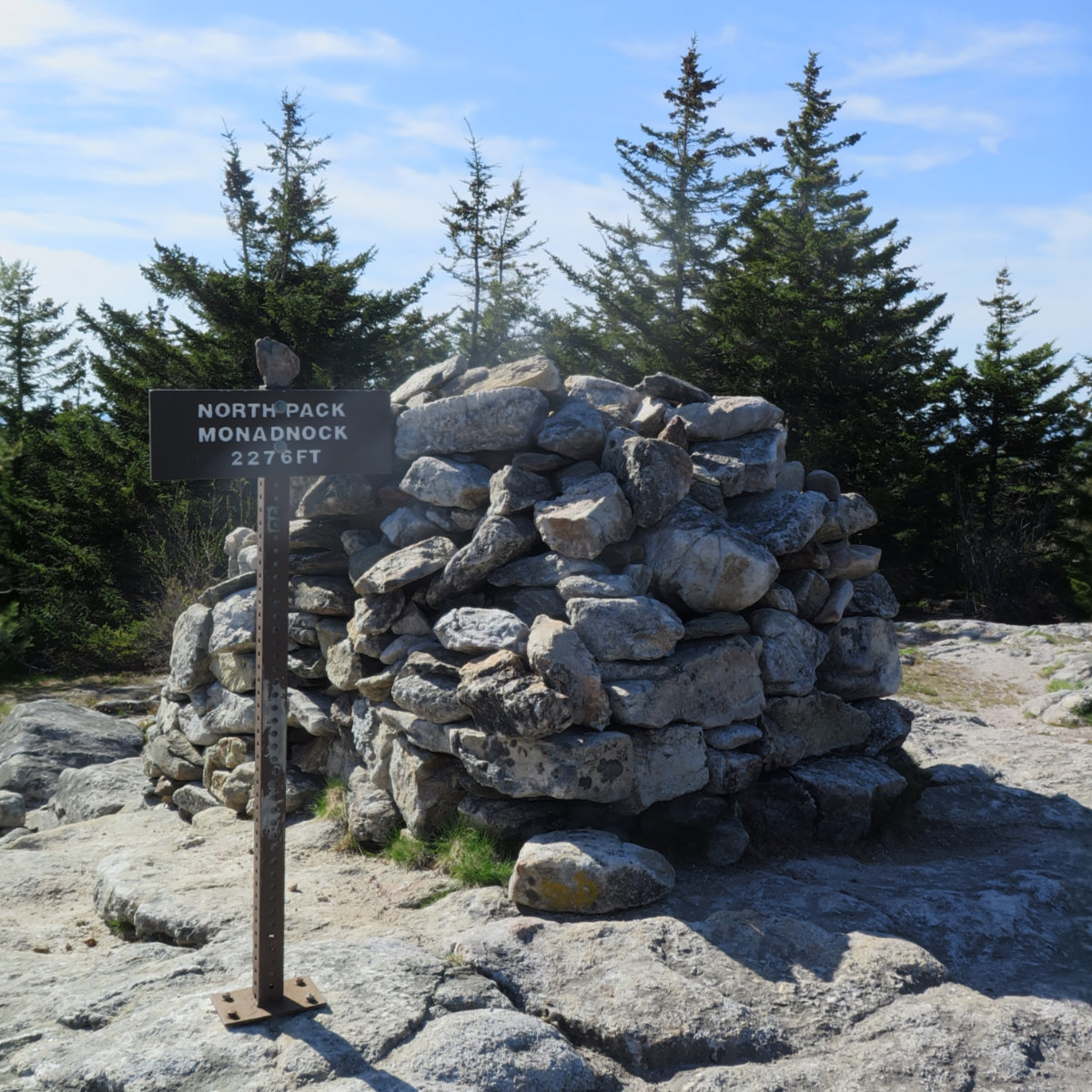 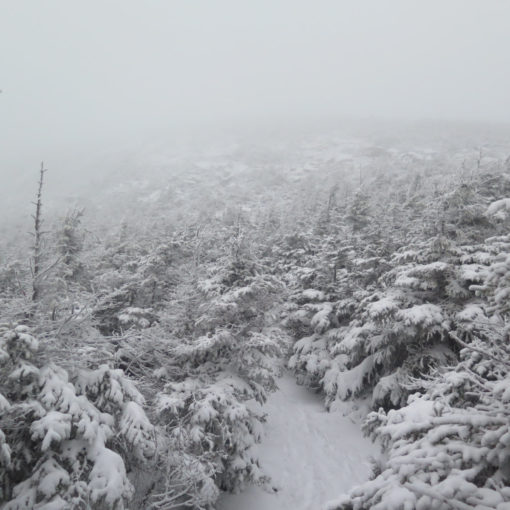 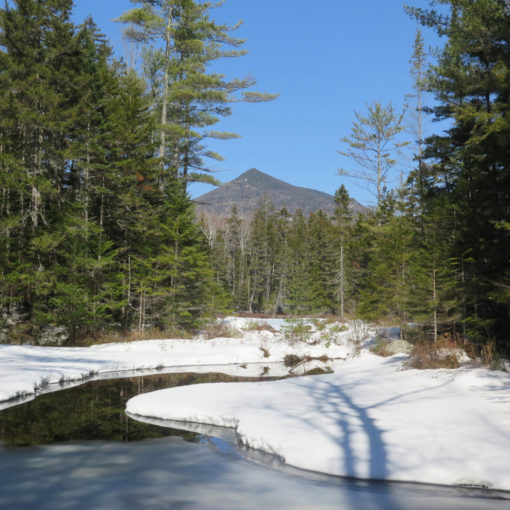